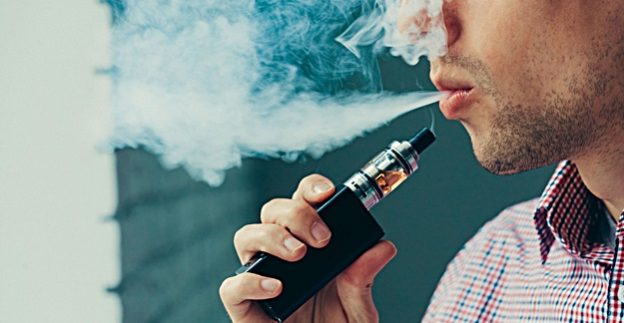 Some argue that e-cigarettes are a “safer” alternative to tobacco cigarettes and can even be used as a way to quit smoking, but are they right?

On Monday, the FDA finally began regulating the sale of electronic cigarettes, which have been growing wildly in popularity, particularly among young people. The regulations were years in the making, due to efforts by some in Congress and lobbying by the e-cigarette industry to stymie bureaucratic intervention.

To me, regulating e-cigarettes is a public health necessity, given that rates of e-cigarette smoking have skyrocketed in recent years among minors and that before Monday, manufacturers were under no obligation to test their products for safety or even list the ingredients in them.

After all, if the sale and manufacture of Marlboros is under federal regulation, shouldn’t we expect the same of any other products that contain harmful and addictive nicotine?

To some, the answer is no. In fact, one piece I just read, published as a blog on the website of the newspaper The Hill, argued that the new regulations on e-cigarettes were a hindrance to public health because they mark “the beginning of the end of what was probably the most innovative and promising smoking-cessation industry ever to enter the U.S. market.”

I’ve heard arguments that some people turn to e-cigarettes because they believe they can help wean them off traditional cigarettes and, eventually, smoking for good. I’ve also heard people say that e-cigs are a “safer alternative” to tobacco cigarettes since they have fewer harmful chemicals than tobacco smokes.

There’s No Such Thing as a Safer Cigarette

First things first. There is no such thing as a safer cigarette. Just because e-cigarettes may contain fewer toxic chemicals than regular cigarettes doesn’t necessarily make them less dangerous. In fact, a study that came out last year found that e-cigarettes can lead to cell death, and can damage DNA in other cells, potentially leading to cancer.

Next, the FDA has never approved any e-cigarette product to help quit smoking. While there may be anecdotal evidence to give this idea some weight, I have yet to see a comprehensive study regarding the smoking-cessation benefits of e-cigarettes.

Third, there are many dangerous chemicals in e-cigarettes themselves to be concerned about. An FDA review in 2009 of e-cigarettes and flavor cartridges found detectable levels of cancer-causing agents, including one used in antifreeze. Another found that e-cigs with higher voltage levels produce more formaldehyde, another carcinogen. Also, diacetyl, a chemical often added to food products, has been found in some e-cigarettes with flavors. The chemical can lead to an irreversible lung disease known as “popcorn lung.”

The new FDA e-cigarette regulations do not signal the death knell for the products. They will still be widely available. However, in the near future, consumers will have a better idea of what is in them and know they have gone through rigorous testing. And for those who want to use e-cigarettes in an effort to quit smoking altogether, I wish you good luck.