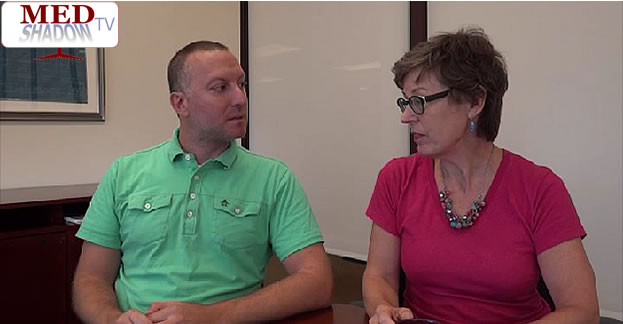 Su Robotti: Hi, I’m Su Robotti and I’m the founder of MedShadow. Our content manager is Jonathan Block. Today, we’re going to talk to you about why pot research is important to your life. And the reason the topic has even come up is because this week President Obama has increased the amount of universities that will be allowed to grow marijuana for research purposes. Previously, only the University of Mississippi was licensed to grow marijuana for research purposes. And, if you’re going to do research on marijuana, you have to get it from University of Mississippi. You’re not allowed to buy it off the street for a research project. So Jonathan, tell us about marijuana being a Schedule 1 drug.

JB: Right, what a Schedule 1 drug means is that under a law, known as the Controlled Substances Act, certain medications are under certain schedule. Schedule 1, which is what marijuana is under, means that the drug enforcement agency believes that there is absolutely no medical value to that drug, other drugs that are in this category include drugs such as ecstasy and LSD.

SR: So, Jonathan, despite the fact that everyone knows marijuana is good for glaucoma, and for seizures and for pain control, there’s no proof?

JB: There is a proof. There’s been a number of studies done probably over the last 30+ years. The only thing is that a lot of those studies were not conducted particularly well, a lot of them had been disproven and that sort of thing. The other thing is that, as you were mentioning before, is that it’s very difficult to actually conduct research into marijuana because marijuana itself is very hard to obtain.

SR: So, President Obama’s decision to increase the number of universities growing marijuana will make it much easier for a research to be conducted and I think that that’s a great thing. I personally believe that marijuana should be researched carefully before it’s allowed legally into the general public because we know there are some negative side effects to it, but we don’t know what the long term issues are with smoking pot.

JB: Well, as many of our viewers probably know marijuana has been legalized completely in some states for small amounts such as in Washington State and Colorado, and in many other state it’s available for medical purposes. So, already we see a lot of states are kind of taking the lead and basing their laws on the research that has been conducted.

SR: But don’t you think that it’s a dangerous thing to do, I mean, forget the president, but just think about the restrictions and the guidelines. If you work with children, are you allowed to go out and smoke a joint at lunch time and then go back and work in that kindergarten setting?

JB: Well, of course you’re not supposed to do that. It’s the same thing as with other drugs that are considered legal, there were restrictions such as alcohol and smoking obviously. For a teacher, you wouldn’t be drinking in front of students nor smoking in front of them, and obviously the same thing should marijuana be more widely used for medical purposes there would be regulations on when and where you could use marijuana.

SR: But there are very few such regulations now in Colorado and Washington State. They’ve only just started to put in restrictions saying that you can only smoke pot where you can smoke cigarettes but those laws are incomplete and untested and they have no basis in law because there’s no research to show why you shouldn’t, which is why I think we should not be doing this until we have the research to decide is it really wrong to smoke? Is it unhealthy for the person next to you to smoke a joint when they don’t want to smoke a joint?

JB: Right, well I will make the argument that majority of the people who are using marijuana in states that allow medical marijuana are doing it because they’re in a great deal of pain, they may be suffering from the side effects of chemotherapy, they may have glaucoma, and for them it’s going to provide a lot of relief in a natural way and compared to other medications, prescription medications that are actually fewer side effects associated with marijuana and that’s a risk that they’re going to take because marijuana has been used by civilizations for hundreds if not thousands of years.

So, clearly this is an issue that we thought both goes strongly and very differently about — but again, at MedShadow, that’s what we believe in, you should make up your own mind, have as much of the facts as possible in front of you, and that’s why we do our best to explore the side effects and long term effects. So go to our website, we have multiple articles, including my blog this week on what we do know about the side effects and long term effects of marijuana and make up your own mind. Thank you.

Is Weed Medicine? Here’s Where We Are With the Evidence for Medicinal Cannabis in 2022