FDA Asks Patients for Their Point of View… About Sex! 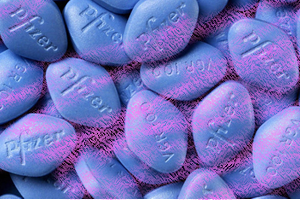 The FDA wants to know what you think about a disease before they start approving drugs. Bravo – it’s about time!

The Patient-Focused Drug Development Initiative is meant to enhance the FDA’s assessment of benefit-risk in their regulatory decision-making and help them better understand how patients view the severity of a disease, its impact on daily life, the types of treatment benefit that matter most and the adequacy of available therapies. (The full set of performance commitments is available on the FDA Web site.)

The Search for ‘Female Viagra’

Female Sexual Interest/Arousal Disorder (FSI/AD) is the new name for “Not tonight, dear. I’ve got a headache.” It used to be called Hypoactive Sexual Desire Disorder (HSDD). And it’s one of the conditions the FDA is hearing about for the Patient-Focused Drug Development Initiative.

For another side to this story see: ‘Pink Viagra’? Why We Shouldn’t Rush to ‘Fix’ Women’s Bodies

Millions of women want to know why they have little or no sexual desire and now the FDA does too. For two days straight, October 27 and 28, FDA experts asked patients and experts to tell them why many women hate to have sex.

During the public meetings, the FDA heard from women, academics and clinical specialists in sexual medicine and psychiatry, plus advocates from national women’s organizations, about their frustrations with the lack of treatments to address waning sexual interest in women.

Feeling lousy about having sex is not news to many women: 43% of women experience some type of sexual dysfunction compared to 31% of men, according to data from the National Health and Social Life Survey in 1999.

But how to help women feel sexually fulfilled IS a big deal, not only for women and their partners, but also for business. Guess how many sexual arousal drugs the pharmaceutical industry has developed and the FDA approved for men? (24.) Now guess how many the FDA has approved for women? Don’t think too hard — it’s a big, round 0.

This startling fact causes a lot of people headaches, including the FDA.

That’s part of the reason the FDA spent more than 12 hours listening to patients, psychiatrists, doctors and women’s rights advocates talk about sex — or rather, the lack of it.

Lurking behind the scenes is the resubmission of a new drug application, expected soon, for flibanserin, a non-hormonal drug for HSDD in pre-menopausal women.

The FDA Has Seen This Drug Before

In June 2010, an FDA Advisory Committee concluded that flibanserin was not significantly better than a placebo as a sexual dysfunction drug for women and that the benefits did not outweigh side effects like dizziness, nausea and fatigue. The following October, Boehringer Ingelheim officially stopped the development of flibanserin. It was purchased by Sprout Pharmaceuticals several years ago and resubmitted to the FDA, but approval was denied last year due to concerns over side effects, including sleepiness, and the FDA requested additional studies, one looking at effects on driving. For more information: http://www.flibanserin-hsdd.com/

While the focus of the public meetings last week did not address any treatment specifically, the FDA did ask for input about the clinical definition of “female sexual interest/arousal disorder” and how to design a meaningful clinical trial that can assess and measure sexual desire — especially as it can be linked to other factors, such as low self-esteem, anxiety or fatigue.

A participant at the meeting, who is a community sex educator, scholar/author in the sexuality field and a professor who teaches Women’s Health, commented, “Nothing has so far convinced me that this proposed treatment [flibanserin] is safe, much less effective. So far there haven’t been clinical trials for FSD [female sexual disorder] drugs that have shown themselves very impressive… I’m more concerned that we put our support behind non-medical interventions for sexual problems.”

Prescribers can offer over-the-counter treatments or medications such as antidepressants and low-dose transdermal testosterone products, as well as recommend lifestyle changes such as stopping smoking, regular exercise, and weight loss; and psychological counseling.

But the experience of Anita Clayton, FDA Stakeholder, patient advocate and healthcare provider, led her to comment, “Most of these interventions are marginally effective in women with a diagnosis of HSDD, and an individual woman may fail a number of treatments before finding one that has some effect. Side effects also limit the usefulness of these interventions.”

Another sticky wicket is defining the diagnosis of FSI/AD. Some experts at the meetings said that combining lack of interest and lack of arousal into a single disorder was clinically incorrect, as well as potentially leading to confusion when evaluating the efficacy of a drug that might treat one or the other.

The good news is that the FDA is taking a serious look at female sexuality. Still, it could be a while before this condition and a safe, effective treatment gets resolved. While it’s a good thing that the FDA is “leaning in” to listen to the patient and the healthcare professions, their evaluation of a treatment must also be based on good science, supported by evidence that meets a threshold of safety and efficacy. So far treatments for female sexual disorder haven’t crossed that finish line, and the FDA is right to be diligent and cautious in upholding these thresholds.

Questioning the Safety of Essure