FDA May Loosen Rules on Off-Label Drug Use 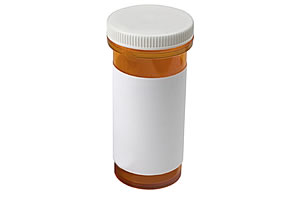 The FDA may relax how it regulates communications about off-label drug use. The potential benefit to physicians will be earlier access to studies that describe alternative options for treatment beyond the FDA-approved drug indication. But there is also greater risk for patients who will be taking a drug that hasn’t been fully examined by regulators for the off-label use or tested in diverse populations.

“One of the most difficult -– and often heart-rending — issues we face occurs when seriously ill patients seek access to drugs that are still under study,” remarked Stephen Ostroff, MD, Acting Commissioner of Food and Drugs, at the 2015 Annual Conference of the Food and Drug Law Institute,

The new proposed draft guidance (pdf) for off-label drug use “addresses the ability of pharmaceutical companies to present research published in peer-reviewed journals that goes beyond the information provided in the FDA label,” according to Former FDA Associate Commissioner Peter Pitts, who advocates for the new guidelines because “it leads to the conveyance of scientifically acceptable, often cutting-edge, information.”

While doctors can research new studies on their own, “if you’re a community physician it’s hard to stay current,” according to an attorney at Sidley Austin LLP, an international business law firm which represents a coalition of pharmaceutical companies, who spoke to a Reuters reporter.

The FDA announced it will hold a public meeting this summer to address drug company concerns that restrictions on what they can say about off-label use of drugs violate their First Amendment rights. According to Reuters, the meeting comes as a bill known as 21st Century Cures, designed to speed new drugs to market, is moving through Congress, and language in the bill is adding pressure on the agency to relax its guidelines.

What does off-label mean?

According to the American Cancer Society, when a drug is used in a way that is different from that described in the FDA-approved drug label, it’s said to be an “off-label” use. This can mean that the drug is:

Drugs can also be used off-label in different populations than the one for which the label is indicated. This happens often in pediatric practice because children are too young to give informed consent, so do not participate in clinical trials. A pediatrician I know says when she prescribes off-label drugs, the drugs are often well-known “tried and true” treatments, and she is careful to evaluate the dosage and monitor her patients for adverse effects.

What kinds of drugs are used off-label?

A 2008 study found that 8 out of 10 cancer doctors surveyed had prescribed drugs off-label. It’s also common in pediatrics and HIV/AIDS care.

Beta blockers are another example of off-label prescribing. They are FDA-approved for the treatment of high blood pressure, but are also used for patients with heart failure. Some beta blockers are now formally approved to treat heart failure, and it’s anticipated that some of these drugs used off-label will eventually get approved by the FDA for that use.

Why use drugs off-label?

Doctors may give patients the option of taking a drug off-label for several reasons, according to a summary in Scientific American:

In its newly proposed draft guidance, the FDA said the information must:

In addition, the manufacturer must make clear — with a “prominently displayed and permanently affixed statement” — that the uses described in the literature are not approved by the FDA.

Theoretically, physicians will be able to receive new data about a drug beyond its FDA-approved indication, and this information might provide patients with earlier access to a new treatment when there aren’t any other options.

Off-label use also benefits pharmaceutical companies, who want the FDA to allow them more latitude to tell doctors about early research. If physicians then decide to use the drug, it could mean significant income for the pharma company from potential sales.

What are the risks?

Lack of information on off-label drug use and outcomes may put patients at a higher risk for medication errors, side effects and unwanted drug reactions.

When a company applies to the FDA for a new or supplemental drug approval, the FDA consults with the company to develop the clinical trial design for a specific indication, dosage and patient population. Drug developers and medical institutions may also conduct research independent of the FDA-sanctioned trials on a different indication or in a different population.

In fact, a section of the proposed bill, 21st Century Cures, calls on FDA to develop guidance based on the clinical experience of various products outside clinical trials. Sources of data might include observational trials, product registries and therapeutic use, the bill states. Such data might be useful to support the approval of new drugs, and to support post-approval surveillance and other monitoring requirements.

Under the new guidance, FDA would allow pharmaceutical companies to present research from “well-designed studies” which have been published in peer-reviewed journals. Medical literature reports on such studies and research, which may appear in peer-reviewed medical journals, if the editorial boards of the journals deem them significant.

But most patients don’t have access to these journals and even if we did, the data are written for medical professionals with a deep understanding of statistics and medical terminology. Some professional health organizations develop treatment guidelines that may offer options including off-label drug uses. But again, they are usually written for medical professionals who understand the full spectrum of the disease they are treating.

This makes it even more critical for a patient to be informed and ask for help from a medical professional to evaluate their individual risk and weigh it against the possible benefit.

For example, someone with a potentially fatal condition who has taken approved treatments that are no longer working may decide with their doctor that trying a drug off-label is worth the risk.

At a recent patient-focused meeting of women with breast cancer, some said they chose to withstand harsh, sustained side effects (chronic fatigue, skin blistering, loss of sensation in fingers and feet and cognitive impairment) because it allowed them to extend their life and to keep doing what they enjoy. My sister endures severe skin rash and lesions on her feet from an experimental treatment for advanced lung cancer because she loves to sail with friends.

Risk in addition to medical side effects

Patients should also know that insurance plans may not reimburse for off-label drug use. In most cases insurance companies would not be required to pay for an expensive drug that’s used in a way that’s not listed in the approved drug label or for conditions in which it’s not been proven effective.

Off-label drug use may not reflect “standard of care” treatment. This could raise concerns about the legal risk to the health care provider should a patient have an unwanted outcome from the treatment.
Are doctors allowed to prescribe drugs off-label?

In general, once the FDA approves a drug, licensed doctors can use it for any purpose they consider medically appropriate. So in the US it’s legal for doctors to use drugs off-label, but it’s not legal for drug companies to market (advertise or promote) their drugs for off-label uses.

And that’s a critical difference, under the new, proposed guidance, which “opens the door for companies to share truthful, scientifically accurate and data-driven information with healthcare professionals to inform treatment decisions,” former FDA Associate Commissioner Peter Pitts, explains in MM&M.

It also means that the patient, working with a physician, must understand their personal risk of using a drug that has not been fully tested.

Bottom line: Off-label drug use presents medical and financial risk for patients and potential legal risk for prescribers. For some patients who have run out of options, off-label treatments may offer hope for a longer life or improved quality of life.