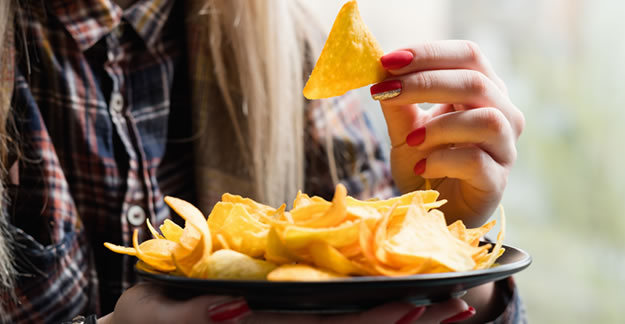 What’s the relationship between weed and your waistline?

Marijuana smokers, take note: A new study found that cannabis users weigh less than adults who don’t use the drug. While weed often gets the rep of bringing on a case of the munchies – think a smoking session followed by a pizza and Ben & Jerry’s binge – the research implies that the stereotype doesn’t exactly hold true as marijuana users are more svelte than those who don’t consume cannabis.

The fascinating findings come courtesy of the researchers at Michigan State University published in March in the International Journal of Epidemiology. To determine the correlation between marijuana use and weight, the scientists at Michigan State analyzed data from the National Epidemiologic Survey of Alcohol and Related Conditions, pulling information on the Body Mass Index (BMI) of 33,000 participants, ages 18 and older, and then looked at the numbers between users and non-users.

“Over a three-year period, all participants showed a weight increase, but interestingly, those who used marijuana had less of an increase compared to those that never used,” said Omayma Alshaarawy, lead study author and an assistant professor of family medicine, in a press release. “Our study builds on mounting evidence that this opposite effect occurs.”

Not a Large Difference, but Consistent

Admittedly, the average weights for marijuana smokers and those who abstain from it was not that substantial: The study found a difference of around two pounds for a 5’7” participant who weighed around 200 pounds at the start of the study. Nevertheless, this variance was found for the entire sample size of the 33,000 participants.

“An average 2-pound difference doesn’t seem like much, but we found it in more than 30,000 people with all different kinds of behaviors and still got this result,” Alshaarawy said of the weight discrepancy, in the same press release.

Currently, the researchers aren’t sure what specifically accounts for the phenomenon, but speculate it could either be a behavioral habit of weed smokers or the cannabis itself, which may impact our body composition on a cellular level.

Of course, don’t expect nutritionists to start recommend lighting up to make the number on the scale tick downward anytime soon. “There’s too many health concerns around cannabis that far outweigh the potential positive, yet modest, effects it has on weight gain,” Alshaarawy said. “People shouldn’t consider it as a way to maintain or even lose weight.”

While this study may have more lighthearted implications, recent research and trends in the realm of marijuana hasn’t been all positive. To learn more, check out the risks of more older adults using medical marijuana and how edibles may be dangerous to those with heart conditions.