Is that New Drug Better? Safer? There’s Really No Way to Know 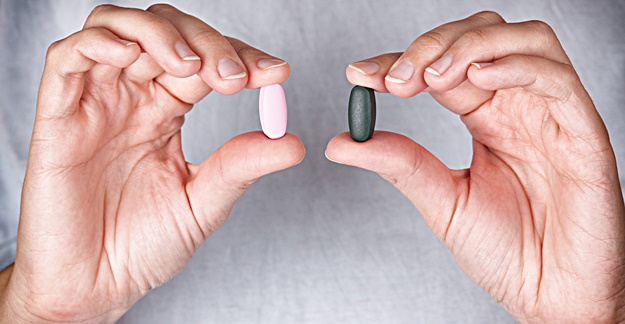 In order for a drug to be approved by the FDA, a pharmaceutical company must demonstrate that the drug is safe and effective. But the company does not need to show that the drug is any more effective  — or even as effective — than other drugs on the market for the same condition. Not requiring what is known as “comparative effectiveness” studies as part of the drug approval process is a mistake as doctors and the public are left to guess how effective or safer newer drugs are compared with ones that are already available, and likely much cheaper.

For the most part, when a new drug goes through the FDA approval process, it only has to demonstrate it is more effective than a placebo and it won’t kill you. Side effects are often a footnote. While this is important, more practical information is needed. Doctors and patients have the right to know what the best drug is for which condition. For example, say a new cholesterol-lowering drug has been approved. In weighing whether to prescribe that drug to a patient, a doctor would want to know how that drug fared both in terms of efficacy and side effects compared to existing cholesterol-lowering drugs on the market.

Why not just always go with the newer drug? newer is better, right? No, not in the medical world. Older drugs which have been used for a longer time have a much more complete safety profile which means doctors and the FDA have a better idea of what the actual side effects are and how many adverse effects are happening with that drug. All that is not tested yet on the new drug. The patient taking the new drug is the guinea pig.

Comparative effectiveness studies are just as important to consumers. If, say, that new drug was only marginally better – if at all – than existing cholesterol-lowering meds, they would likely choose to stick with a generically available, lower-cost med rather than the newer – and more expensive – drug.

The importance of comparative effectiveness studies for drugs was made well in a recent New York Times article by pediatrician Aaron Carroll, MD, who is also a professor at the Indiana University School of Medicine. In the piece, Carroll mentions a 2002 comparative effectiveness trial that was published in JAMA that looked at various medications used for hypertension. The primary outcomes investigators were looking were fatal and non-fatal coronary heart disease.

The 4 drugs examined were chlorthalidone — a diuretic; amlodipine, known as a calcium channel blocker; doxazosin; and lisinopril, an angiotensin-converting enzyme (ACE) inhibitor.

While results showed they were all equally effective in regards to coronary heart disease, chlorthalidone was better in lowering systolic blood pressure, preventing heart failure and stroke, and lowering cardiovascular disease rates.

The results tell “us what drug is best to start if you have someone over 55 with high blood pressure and at least one risk factor for coronary heart disease,” Carroll wrote. “That’s exactly the kind of question that only a comparative effectiveness trial can answer.”

As it stands now, patients could potentially be harmed by getting a new treatment that has a safety and side effect profile that is worse than established products that have been on the market for a long time. And they could also spend more on newer drugs than don’t work as well. Consumers deserve to know how drugs in the same therapeutic class compare against each other so that they can make the most informed decision about what medication to take for a condition.

My advice: Always take the older drug for a condition unless it doesn’t work for you or you experience strong side effects.