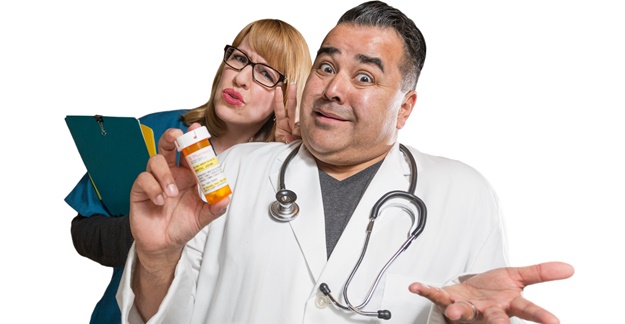 64 out of 92 new drugs recently examined in a medical journal were no better — or worse! — than currently available drugs available. You are reading that correctly.

When most people hear that a new drug is available they make the reasonable, but often wrong, assumption that new means better. It does not. Many of the new drugs are “fast tracked” or otherwise pushed quickly through the approval system. Too often they are not required to be better than a placebo or the currently used medications, known as the present “standard of care.”

I came across a recent article in the French journal Prescrire International. The editorial team looked at 92 drugs that were either newly approved or granted additional indications. I trust Prescrire because its parent association, Association Mieux Prescrire (AMP), is a nonprofit and its editors are healthcare professionals. AMP claims to be “free of any influence from pharmaceutical companies or healthcare institutions.”

The Prescrire assessment was nothing short of startling. Of the 92 drugs the team examined, 45 offered what they considered “nothing new” for patients. Even worse, they found that 15 medications were “not acceptable” because they actually did more harm than good. Only 1 drug, Strensiq (asfotase alfa), which is used to treat hypophosphatasia, a rare bone disease, was found to be “a real advance.” Only 9 were rated as “having a real advantage.”

One of those 15 drugs found “not acceptable” is ataluren, a medication for muscular dystrophy. While the drug is on the market in the European Union under the name Translarna, it is not available in the US, and for good reason: It doesn’t work. In a Phase 2 trial, it failed to show any meaningful improvement in walking distance. The FDA has refused to even accept a new drug application for ataluren since the drug failed to meet its primary endpoint in a clinical trial.

Prescrire was particularly critical of cancer drugs. Oncology medications are among the most expensive treatments available. Yet, the journal found that many approvals were made without comparing the drug to either a placebo or a standard of treatment. Also, many approvals were based either on a single clinical trial or on outcomes that didn’t necessarily correlate with measurements that most patients care about, such as longer survival or improved quality of life.

This is problematic on many levels, but especially because many of these drugs may not be any better – and may be even worse – at treating cancer than other medications that have been around awhile and can be considerably cheaper.

The findings in Prescrire are the result of drug agencies – especially the FDA – that have increasingly been lowering the bar for drug approvals. As agencies such as the FDA grant more and more drug applications types of priority statuses designed to speed their approval – giving those drugs a shorter evaluation time – and approve medications with less evidence, it is patients who lose out and are potentially harmed.

What’s the remedy? As the Prescrire editors wrote, doctors should choose medications for patients that have a demonstrated benefit and avoid drugs that have no real therapeutic value or may do more harm than good. I would add that unless you have failed on an older drug or you have side effects with one, avoid newer medications.