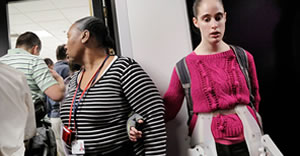 Electrical stimulation devices used to treat aggressive or self-injurious behavior would be banned under a new rule proposed by the FDA due to the risks associated with the treatment.

The machines, which work by attaching electrodes to a person’s skin through which electric shocks are delivered, are intended to condition the body to cease from engaging in self-injurious or aggressive activities. However, the devices are associated with significant side effects, both physical and psychological in nature.

Anxiety, depression, symptoms of post-traumatic stress disorder and worsening of self-injurious behaviors have been associated with the devices. Burns, pain, tissue damage and errant shocks have also been reported. Also, many people that use the devices have developmental or intellectual disabilities that may make it difficult for them to express pain or their consent in using the machine. 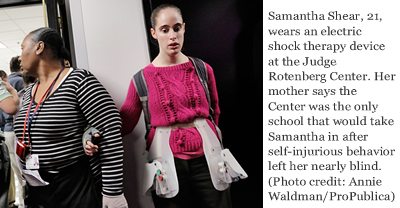 The FDA saysthe devices need to be banned since the risks “cannot be eliminated through new or updated labeling.”

“These devices are dangerous and a risk to public health — and we believe they should not be used,” William Maisel, MD, MPH, acting director of the Office of Device Evaluation in the FDA’s Center for Devices and Radiological Health, said in a statement.

Currently, only one place is using the devices, the Judge Rotenberg Educational Center in Canton, MA. The FDA believes between 45 and 50 people are using it there.

More modern behavioral treatments are available instead of the devices that don’t carry such side effects, according to the agency. These include medications and behavioral support.