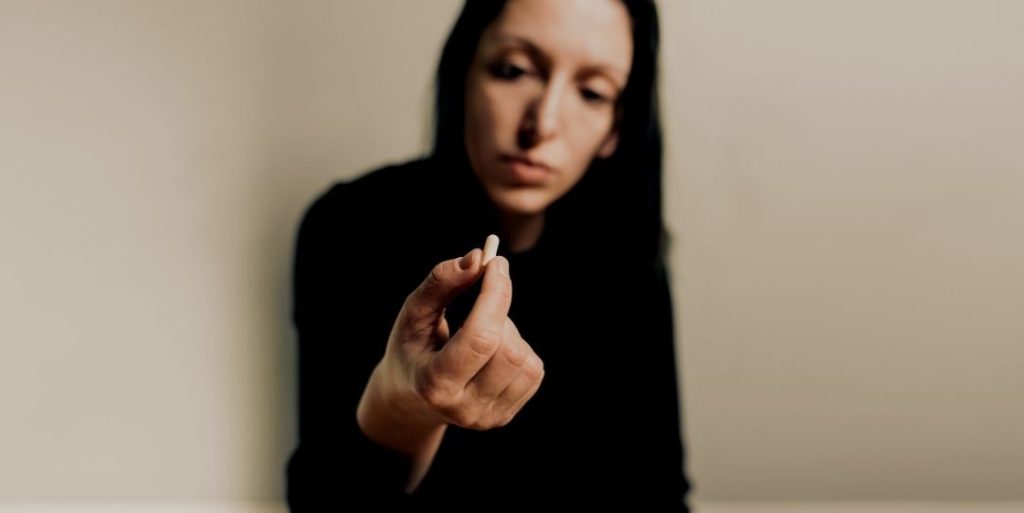 The incidence of depression and anxiety has surged among adults in the United States over the course of the COVID-19 pandemic, according to the Centers for Disease Control and Prevention (CDC). The CDC survey suggested that from 2019 to 2020, symptoms of anxiety disorders and depression have tripled and quadrupled, respectively.

As you might expect, prescriptions for antidepressant and antianxiety drugs also have spiked, according to the telehealth platform iPrescribe.

While many patients with severe or chronic depression or anxiety may need to continue using these medications long term, you may think that, given the return of opportunities for working and socializing, habits that can help some people keep these diseases at bay, it may be time to talk with your doctor about tapering off the drug.

“A lot of people that became depressed or anxious during COVID lockdowns are now starting to feel better without any medication, now that they’re able to re-engage with people and they may be able to go back to work,” says George Grossberg, MD, a psychiatrist and member of MedShadow’s medical advisory board. If your life feels more manageable, you might be thinking about stopping your antidepressants or antianxiety drugs.

Antidepressant and antianxiety meds do create a list of serious side effects. though. Along with the risk of dependence, both types of drugs can cause suicidal ideation, blurred vision, weight gain and sexual dysfunction.

“It is a good idea to periodically reassess the ongoing need for antidepressants or antipsychotic medication,” says Grossberg. “But I do advise patients to do that with the supervision and monitoring of their healthcare provider.”

Before making any decisions about tapering off of antidepressant or antianxiety medications, discuss it with your healthcare provider. He or she will review your history with depression or anxiety, by asking about how long you’ve been prescribed the drugs and if you’ve ever tried stopping them before.

“Some patients have had long histories of recurrent depression, where they may need to be maintained on antidepressant medicines over time, even now, to do their best,” says Grossberg. “Others, on the other hand, may do just as well with psychotherapy or counseling and can be weaned off their antidepressants.”

Your physician may also ask about other treatments and strategies you use for managing your condition, ranging from cognitive behavioral therapy to exercising and spending time with loved ones. You may want to think about what has changed in your life since you first received a prescription.

During the pandemic, many people experienced significant stress and loneliness or the traumatic loss of loved ones. These conditions can trigger or exacerbate mood disorders. At another point in the pandemic, you may not have been able to work a job that helped provide meaning in your life or to see friends and family that boosted your mood. If these situations have improved, you may be able to manage without the drugs.

One of Grossberg’s patients lost his job, which had provided him with structure and opportunities to socialize during the pandemic. Grossberg had prescribed antidepressants at first, but now that there are more opportunities for the patient to return to work, his adult daughter suggested that a new job might help him more than the drugs. Grossberg agreed.

Another person who experienced that shift is Daniel Hodges. He has struggled with depression, anxiety, chronic pain and a connective tissue disorder. Key to his recovery, he says, was finding purpose. “I can’t emphasize enough the pivotal role that service [and] volunteerism has played in my life. Finding what we’re good at, which, in my case, involves going to law school and creating a nonprofit, adds tremendous value to our lives. It doesn’t eradicate the struggle, but at least the struggle has purpose now,” he says.

It’s not just the pandemic that has affected Americans. Sometimes trauma knocks us off our feet, and we need medicines to stabilize our moods so we can get back up. Channing Muller’s doctor prescribed her antidepressants in 2019 after a bad breakup. She started with therapy, but realized that it alone wasn’t enough to manage the ruminations that came with the experience. Her therapist recommended the antidepressant Lexapro. While using the drug, Muller continued therapy, exercised consistently and was open with her friends about needing time alone when she’s stressed. Earlier this year, feeling like she had gained more control over both her emotions and her life, she and her doctor decided it was time to lower her dosage in preparation for quitting the drug altogether.

Differences Between Antidepressants and Antianxieties

Not all mood-boosting drugs are the same. The Food and Drug Administration (FDA) has approved antidepressants for both depression and anxiety, and they’re often frontline drugs for both conditions. Selective Serotonin Reuptake Inhibitors (SSRIs) are often the drug-of-choice for both conditions. However, benzodiazepines, such as Ativan, Lorazepam and Xanax, are specifically indicated for anxiety. Benzodiazepines are more likely to cause severe withdrawal effects than antidepressants, explains Grossberg. If you stop a benzodiazepine too abruptly, you could experience confusion, delirium and seizures.

Other withdrawal symptoms from benzodiazepines include:

Withdrawal symptoms from SSRIs are:

One reason to work with your healthcare provider to wind down your drug dosage is that each drug is different. “For example, a medicine like Prozac (fluoxetine), which is a very popular antidepressant, has a long half-life in the body, so it’s easy to wean. It’s easy to wean, because it almost weans itself out of the system,” says Grossberg. Others, like Paxil (paroxetine), don’t last as long in the body, so the withdrawal symptoms may come on more abruptly after you stop taking them, meaning you need to lower your dosage more cautiously.

As you wind down your dosage, be on the lookout for symptoms of withdrawal like gastrointestinal symptoms or jitters. These are signs that you may want to ease off the drug more slowly. If this happens, “We continue to wean the person to be it, but we do it even more slowly to try to minimize the withdrawal side effects,” says Grossberg.

Other symptoms, like an increase in symptoms of depression or anxiety, may suggest you would feel better continuing the treatment instead of cutting down the dosage. Grossberg says he recommends including family members in the process, too, as they may notice changes you don’t. For example, he had a recent patient who thought he was doing well, but a family member pointed out that he had been low on energy and lost interest in socializing, both of which are subtle signs of a depressed mood.

Muller’s doctor had her start by cutting her daily dose in half. After about a month, the doctor recommended Muller take the drug every other day, and eventually every three or four days, before discontinuing it altogether. Muller says she didn’t notice side effects early on, but she adds, “When I reached the point of taking a pill every three days, I definitely noticed a few things. More than once, I experienced a fuzziness and slight buzzing in the space around my brain. . . after some research, I attributed it to withdrawal.” As she reduced taking the antidepressant to every four days, she noticed a change in her moods. She says she went from calm to angry quickly, and she “worried it meant I truly needed the antidepressants more than I thought simply to regulate my emotional responses.” She was able to work through the frustration using the coping mechanisms he developed while taking Lexapro.

Ultimately, she says, “I am 100% glad that I took the pills in conjunction with my cognitive (and running!) therapy. It’s what got me to the place I am at today in my life, which is truly wonderful. I also am glad I don’t need them now to continue feeling this way.”