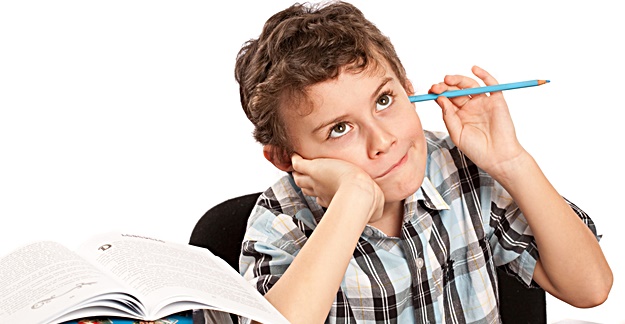 Using a combination of methods is the key to managing ADHD without medications.

I have spent many years using an integrative approach to treat children with ADHD, usually using medication only when non-pharmaceutical interventions are not successful. This begs the question: Why not just use medications, since they have been shown to be effective? This could be the topic of an article in itself but, here’s my response, briefly.

The research evidence so far supports only the fact that stimulant medications work well over the short term, and only about 70% of the time. The long-term research we have so far — and there is very little of it — fails to show long-term benefit. There are significant side-effects in many children, some of which are serious. Also, we do not know the long-term effects of chronic stimulant treatment on the developing brain.

Given all of the above, what are effective non-pharmaceutical treatments for ADHD?

There is ample evidence that nutrition plays a significant role in the presence and severity of ADHD. First, repeated studies, the latest from The Lancet in 2011, show that a significant proportion of children with ADHD respond positively to an elimination diet. For reasons we do not understand, foods significantly affect the behavior of some children with ADHD.

This is not based on true IgE (immunoglobulin E) allergies, which are usually absent. The most common offending foods are gluten and dairy, but other foods may be implicated. I have found this nutritional approach successful in about 33-50% of my patients.

Artificial colors and other additives have been shown to increase hyperactivity and decrease attention even in normal children.

Second, basic nutrition is important. Eating foods loaded with sugar, refined carbohydrates and fat can lead to a cycle of blood sugar spikes and crashes which result in increased hyperactivity and decreased attention. Consider the impact of eating a Pop-Tart or waffles and syrup for breakfast.

Artificial colors and other additives have been shown to increase hyperactivity and decrease attention even in normal children. In Europe, the evidence is considered strong enough that a warning label is attached to foods with certain artificial colors.

Research has shown that children with ADHD have decreased blood levels of Omega-3s. The reason for this is not known. There have been a number of studies examining whether Omega-3 supplements could improve ADHD symptoms. Most of these have shown positive results, some have not.

However, a 2011 meta-analysis came to the conclusion that Omega-3 fatty acid treatment was “modestly effective” in the treatment of ADHD — in fact, 40% as effective as stimulants. This appears to me to be a remarkably positive result for a supplement with minimal side effects and other health benefits.

Zinc has also been studied in children with ADHD. Results have varied but a few studies in zinc deficient children have shown positive results. One interesting study showed that the addition of zinc decreased necessary stimulant dose by 37%. I always check ferritin and zinc levels in children with ADHD.

Sleep is very important in ADHD. Sleep apnea must always be ruled out, and length and quality of sleep are important. Many children do not get enough sleep in our society, with corresponding deficits in performance.

A 2014 randomized trial showed that the herb ginkgo biloba, traditionally used for memory and concentration, significantly improved ADHD symptoms in children already using methylphenidate. Another study of ginkgo alone was negative, but 2 open label studies were positive. More research is needed but it is a generally safe herb with few side effects.

I believe parenting has a major impact on the severity of ADHD symptoms. Many parents have a difficult time with the frustrating, unpredictable and often oppositional nature of their children’s behavior. Parents can be caught in a cycle of anger and negativity which as a very deleterious impact on a child’s performance. Referral to a mental health practitioner for parenting help and support is an important part of the treatment plan in many of my patients.

There is preliminary, but increasing evidence that lifestyle factors such as exercise, yoga, mindfulness meditation and time in nature can have highly positive effects for ADHD children.

EEG Neurofeedback and Computer Based Learning

Most children with ADHD have abnormal brain wave patterns, with a decreased ratio of beta to theta waves. A diagnostic test measuring this ratio, NEBA, was licensed by the FDA last year. More importantly, children can change these brain wave patterns using this biofeedback technique. The research supporting this is strong.

Unfortunately, it is, at this point, too expensive for the average family and not covered by insurance. However, I believe the development of new home based computer learning programs will have a major role for ADHD treatment in the future.

Modalities like traditional Chinese medicine, homeopathy and various types of energy medicine can be employed, but have little research support at this point.

In summary, non-pharmaceutical treatment of ADHD has a reasonable evidence base and I have found it to be effective in many children. The particular interventions chosen would depend on the individual child and family, taking into account their interests and resources. This approach can have very beneficial aspects, whether or not a psychostimulant is ultimately judged to be necessary.