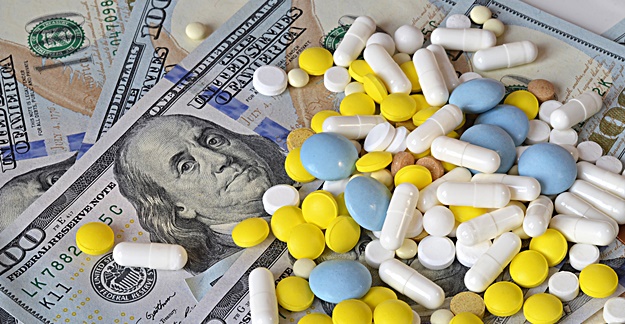 This article was originally published in The Hill on February 19, 2017.

High-quality, well-made medicines are available to US citizens, predominantly from Canada at lower costs than presently available. What could be bad about that?

Despite the clear benefits drug re-importation would bring to consumers, the most recent high-profile effort hit a hurdle last month when an amendment sponsored by Sens. Amy Klobuchar (D-MN) and Bernie Sanders (I-VT) that would have allowed American consumers to import drugs from Canada failed. Some Republican senators, headed by John McCain (AZ), even voted to support the amendment, which only garnered 46 yea votes.

Another piece of legislation, the Safe and Affordable Drugs from Canada Act of 2017 , was introduced by McCain last month and is currently in the hands of the Senate Committee on Health, Labor, Education and Pensions.The FDA is renowned around the world as upholding the gold standard structure for approval and regulation of drugs, and for good reason.

Drugs manufactured and sold in this country are held to extremely strict standards which ensures their safety and the wholesomeness of the pharmaceutical making process itself.

The senators in favor of re-importation realize this, which is why McCain’s legislation would only allow for re-importation from Canada. Health Canada, that country’s counterpart to the FDA, has standards on par with this country.

Many of the online Canadian pharmacies that cater to Americans are licensed by local authorities and their websites bear accreditation from the Canadian International Pharmacy Association, which is made up of licensed, retail pharmacies.

I personally have heard from friends who have ordered from these Canadian online pharmacies with no problems about the quality of the medications received. They rave about the tremendous savings. I did a Google search for Canada drug and found a number of online pharmacies. The prices for common drugs were far cheaper than in the U.S.

Those who are against re-importation say that allowing it would put consumers at risk because the drugs could be counterfeit or tainted. However, If the medicines are obtained through licensed pharmacies, as the amendment specifies, then we can rely on the high standards of Health Canada being upheld. It must be clear online what sites are licensed and, therefore, dependable.

While individual experiences are only anecdotes, many Americans that have ordered through Canadian online licensed pharmaceutical sites. While there have been incidents of drug imports from Canada not containing active ingredients, they have been extremely rare. The legislation would also take measures to ensure that wouldn’t happen.

The pharmaceutical industry has been among the most vocal critics of drug re-importation. Although they use the unsubstantiated claim of the risk that re-imported drugs pose to back up their position, their opposition is more rooted in maximizing profits than patient safety. They don’t want to see consumers get the same drug for a lower price somewhere else.

Given that many seniors are on drug regimens that can include three or more medications, it’s not surprising that AARP has weighed on the issue. The organization is mostly in favor of re-importation.

“AARP supports policies that will ensure confidence in the safety and integrity of re-imported medications, and believes that safety concerns can be minimized by restricting the legal source of re- importation to Canada — from licensed Canadian pharmacies and wholesalers — for a defined period of time.,” the group stated in a question and answer fact sheet. “Canada is already the source of considerable de facto re-importation and safety violations appear to be minimal in extent and insignificant in nature.

The effort to legalize drug re-importation, particularly from Canada, is far from over. Now that Tom Price has been confirmed as the new HHS Secretary, lawmakers are looking to lobby him. On Valentine’s Day, Klobuchar, McCain and Sen. Charles Grassley (R-Ia.) wrote a letter to Price asking him to use his authority to fast track the importation of prescription drugs from Canada under certain circumstances as a remedy to recent drastic drug price increases in the United States.

It remains to be seen what Price will do. But I would advise him to carefully think about the benefits of drug re-importation and how allowing it could save millions of struggling Americans a lot of money with minimal risk.