Are Drug Ads Good for You? 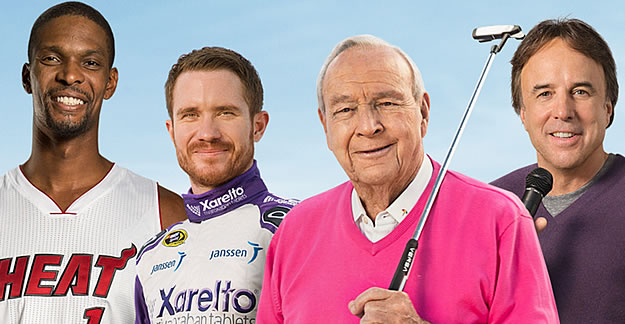 The DTC (direct-to-consumer) Marketing Conference met last week in Boston amid a frenzy of self-righteous “we save lives” rhetoric. There was a feeling of an industry under siege and the head lobbyist’s boasts of being able to call upon key politicians to block anti-DTC ad bills were met with hearty applause.

But the DTC industry is under attack: The brand name of the medical industry, the American Medical Association, the largest association of physicians in the country, has taken a stand against DTC advertising and the FDA is asking for public comment on DTC advertising in preparation for reviewing its future.

The question today is, are we better off with or without DTC advertising?

There are positive aspects to DTC:

It’s given us erectile dysfunction (ED) and low testosterone (LowT) euphemisms. This sounds flippant, but I’m serious. If an issue is not named, it can’t be discussed. As bored as we all are by the constant ED ads, note that we are now bored, not shocked, titillated, or mocking. How much easier is it to go to a doctor with concerns about ED, instead of admitting, “I can’t get my thingy to whatsis.”

It gives people hope. The constant parade of new drugs give those for whom drugs aren’t presently working a reason to try again.

It reminds us to take our pills. High cholesterol, for an example, has few symptoms, yet treating it is lifesaving. If the treatment chosen is taking statins, all those statin commercials remind patients to take the pill.

It can improve lives. I suppose for the estimated 12,000 people in America who have “restless leg syndrome,” it’s helpful to know that someone has named it, gotten it called a disease or disorder and made a drug for it.

The negatives of DTC

DTC makes disease mongering much easier. Disease mongering is (in my definition) convincing people that conditions of life such as thinning bones, upset stomachs or balding, are diseases (or disorders or syndromes) that can and must be treated.

It creates unrealistic expectations. Sometimes you’ll be sad or anxious or shy. That’s the human condition. Some people will eat spicy foods when their stomachs tell them not to. Everyone will age.

It can lead to patient-driven prescribing. Much evidence exists to support the fact that patients will enter doctors’ offices asking for a drug based on an ad. This could be a great way to start a conversation, but if a doctor prescribes a drug because of patient pressure, that advertisement has caused harm.

It rewards the creation of a disease or a disorder. For example, before 1999, the awareness of post-traumatic stress disorder (PTSD) was limited and the focus of treatment was on the underlying causes for the stress symptoms in PTSD  (using various forms of therapy for trauma). Patient groups attempted to bring PTSD to public awareness with little success until pharmaceutical companies started backing the patient groups and Zoloft was approved.

According to Joe Dumit, PhD, Associate Professor of the Anthropology and Science-technology Studies’ Program at MIT, “… (after the approval of Zoloft) almost every article that came out about PTSD now more or less no longer questioned the existence of the disease, but instead talked about the treatment and whether [PTSD is] under-diagnosed or overmedicated.”

America launched a great experiment when the FDA issued DTC guidelines in 1997. All other countries (except New Zealand) limit drug marketing to doctors and medical professionals. 20 years later we see the US has the highest cost per person for health care but also has some of the best healthcare available in the world. Is it too much healthcare?