The Changing Face of ADHD 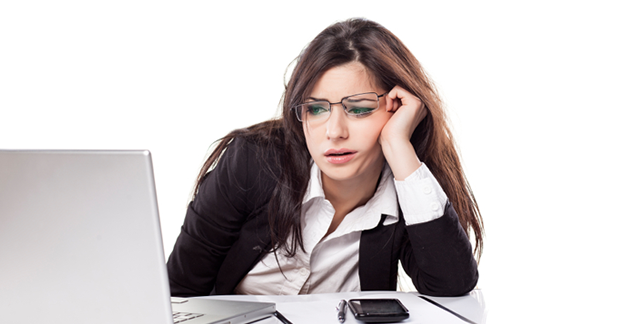 The number of Americans taking medications for ADHD jumped 36 percent from 2008 to 2012 and who do you think comprised the group with the largest spike? Middle-school boys? College kids?

Nope, surprisingly, it was young women between the ages of 26 and 34, who experienced a whopping 86% increase in usage of these powerful drugs. Boys ages 12 to 18 are still the most prevalent users of ADHD stimulants like Adderall, Ritalin, Concerta and Strattera, with 9.3% of that population taking an ADHD drug in 2012, up from 7.9% in 2008, according to a 30-page report called Turning Attention to ADHD, written by the research division of the pharmacy-management service Express Scripts.

The Express Scripts Lab uses testing and data to help medical professionals and consumers make the best decisions regarding medicines. Using its data-mining techniques, it is able to spot trends in prescription use and crunch that data by gender, age, geography and type of medication used.

What it found in looking at ADHD was that it’s “No longer just a childhood condition.”

Most surprisingly, we saw the greatest increase in use during the five-year study period was among adults, with the largest gains seen in women ages 26 to 34, climbing 85%. (See more in the report.)

The face of ADHD in America is shifting. Gender and age patterns are being broken, and the climb in use of ADHD medications among nearly all groups is rising.

Spending on these powerful drugs is also soaring. An appendix to the report notes that the 2012 Drug Trend Report predicted that “spending on ADHD medications will rise 24.8% by 2015, even surpassing the increases in spending expected for diabetes treatments.”

Why are these trends important? Experts note that they raise red flags about potential overuse of these powerful medications, many of which have not been tested in the adult population and have not been studied carefully for long-term side effects.

In an essay accompanying the ADHD report, Joseph Austerman, DO, Section Head, Psychiatry and Psychology Department at the Center for Pediatric Behavioral Health at Cleveland Clinic, acknowledges that some men and women believe their need for medication is real and necessary for them to function in both their professional and private lives. He notes, however, that the “substantial spike in medicating adults for ADHD does raise the same questions we’ve asked about appropriate use of these treatments in children: are we now overdiagnosing and overmedicating in the adult population?”

Media outlets echoed this concern. In an article about the ADHD study, Time magazine noted that medical experts fear that the overdiagnosing of ADHD in kids is “now bleeding over to adults.” NPR’s interview with a key contributor to the report, David J. Muzina, MD, a Vice President at Express Scripts, drew 157 comments from visitors to the site, many of whom were women reporting both their need for the ADHD drugs and the troubling side effects of the medications.

While the Express Scripts report noted that “very little research has been done on ADHD medication” usage among adults, a recent Reuters article also pointed out that studies on long-term side effects of ADHD drugs are “scant” and “an extensive search revealed just six studies, all funded by pharmaceutical companies.” Sanford Newmark, MD, a pediatrician from the Osher Center for Integrative Medicine at the University of California, San Francisco, was quoted as telling Reuters Health, “There’s a big, big gap in our understanding of what the effects of these medicines might be. It’s worrisome.”

According to one side effects database between 1/4 and 1/3 of adults taking the Extended Release version of Adderall experience insomnia, loss of appetite, headache and dry mouth.

The Reuters article points out that while ADHD drugs seem to be safe and well-tolerated and the common side effects of insomnia, loss of appetite, headaches and stomachache have been well reported, some of the less common side effects of the medications –- like suicidal thoughts, painful erections and personality changes –- have not been fully analyzed or discussed. “It is very important for us as doctors to base our practice not on what the companies say but on objective evidence,” Dr. Newmark told Reuters. “It’s easier and cheaper for the pharmaceutical companies to do short-term studies and say, ‘Look, the medicine works.’ ”

To compile the report on the demographic shifts in the usage of ADHD medications, researchers at Express Scripts examined the demographic trends of 400,000 anonymous, privately insured patients from ages 4 to 64 for whom a minimum of one ADHD prescription was filled during the 5-year study period. Here are the researchers’ most striking observations about the shifts in gender and age among those taking ADHD medications:

Spending on ADHD meds has also soared recently, according to the report:

What are your thoughts and experiences regarding ADHD medications? Are we overdiagnosing and overtreating ADHD or do these trends reflect the notion that some individuals do not outgrow ADHD as they age? To what do you attribute the striking growth in the number of adults taking ADHD medications, particularly young women? Leave your comment below, and thanks in advance for your input.