Dealing With Side Effects of Arthritis Medications 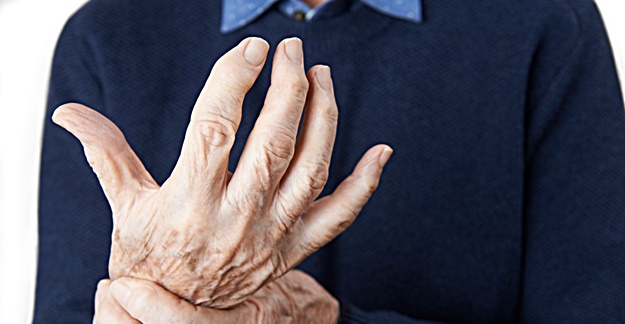 It is estimated that more than 50 million Americans have arthritis, which is the top cause of disability in the United States. The disease affects women and older adults more often than men and younger folks, though people of all sexes, ages and races can have it. There are quite a few drugs available for treatment, but it is important to know about the bothersome or even dangerous side effects they can cause — even the ones you get over the counter.

Over 100 types of arthritis and related conditions exist, but the most common are osteoarthritis, rheumatoid arthritis and psoriatic arthritis. Osteoarthritis causes a breakdown of cartilage -– the tissue covering the bones where they meet to form a joint. Without the cushioning in between, the bones can eventually begin rubbing against each other, causing symptoms of pain, stiffness and swelling. Age, excess weight, and having a history of certain injuries are risk factors for osteoarthritis.

Though the causes of autoimmunity are not entirely clear, experts think it may result from a combination of genetic and environmental factors. Smoking may trigger rheumatoid arthritis in some people, while infection may be the trigger for psoriatic arthritis.

The good news is that there are several treatment options, many of which are quite effective in slowing down the damage related to the disease as well as easing symptoms. Disease modifying antirheumatic drugs (DMARDs) and biologics –- such as Humira (adalimumab) and Remicade (infliximab) — alleviate symptoms and slow the progression of joint damage in inflammatory arthritis, and nonsteroidal anti-inflammatory drugs (NSAIDs) reduce pain and inflammation.

As with all drugs, however, there are potential side effects to be aware of, and you shouldn’t wait for your doc to take notice, suggests a 2016 study of patients with rheumatoid arthritis. Researchers at the University of Alabama found that the widely used arthritis drug methotrexate is “accompanied by many patient-reported side effects and tolerability problems that may be under-recognized by physicians,” including diarrhea, fatigue, hair loss and more. These effects can influence whether patients continue taking the drug or take it as often as they are supposed to.

Other arthritis meds can be troublesome too, says Mohamed A. Jalloh, PharmD, assistant professor at Touro University California College of Pharmacy and spokesman for the American Pharmacists Association: “When looking at common medications for arthritis, the most common side effects are nausea, vomiting, abdominal pain, anemia, headache and edema.”

He explains that there are a variety of ways that a drug can cause side effects, but in general, medications interact with structures (called receptors) in the body that resemble the real target of the medication. In other words, they go where they shouldn’t — and cause problems.

The most common side effects associated with common arthritis medications are nausea, vomiting, abdominal pain, anemia, headache and edema.

Anemia is a shortage of red blood cells or an oxygen-carrying protein in these cells called hemoglobin. Some drugs that are used to treat arthritis, including non-steroidal anti-inflammatory drugs (NSAIDs) such as Advil (ibuprofen) and Aleve (naproxen), Tylenol (acetaminophen), and DMARDs, can result in anemia. There is much debate among experts, but one idea is that “drugs can form complexes with proteins and red blood cells, and the body sees this entire entity as a ‘foreigner’ and targets and removes it — therefore leading to anemia,” says Dr. Jalloh. Frequent blood testing may be used to monitor anemia risk.

NSAIDs can also cause edema, which is swelling caused by a build-up of swelling in the body’s tissues. These drugs may cause edema in a variety of ways, but the one that researchers have studied the most is kidney damage that can result from the use of such medications. “When the kidneys don’t work as well, less fluid is removed from the body and the excess fluid may accumulate within the body as a result,” he explains.

For the millions of people living with arthritis, there are several types of medication that can relieve the symptoms and protect the joints. With a healthy dose of awareness and clear communication with your healthcare provider, you can reap the benefits of these medications while reducing the risks of the various side effects they can cause.

Dr. Jalloh offers the following tips to help people with arthritis minimize the risk of these side effects, and how to deal with them if you think you might be affected.