What Happens When an Approved Drug Isn’t That Effective? 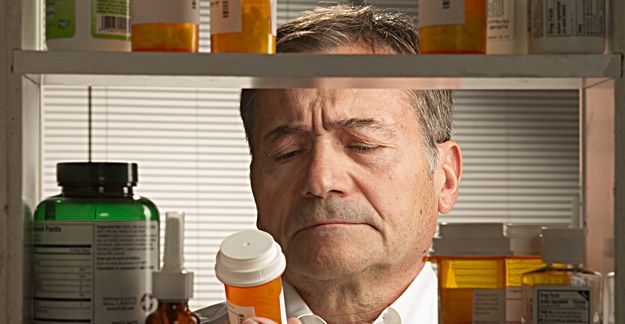 What happens when a drug is approved by the FDA, but in reality, that medication is not all that effective in the “real world?” That was a hot topic of discussion this past weekend at a consumer advocacy summit I attended in New York City.

The first speaker of the day was Vinay Prasad, MD, MPH, a hematologist-oncologist and assistant professor of medicine at the Oregon Health and Sciences University. His presentation at the conference, which was sponsored by Consumers United for Evidence-Based Healthcare (CUE), was supposed to be on the politics of consumer advocacy, but was, for the most part, on how many of the new cancer drugs that have been approved aren’t the panacea that drugmakers make them out to be.

Why is this the case? As Prasad explained, clinical trials conducted to support approval of oncology drugs usually enroll younger patients with cancer. This is not ideal, he noted, since many people that are the target market for oncology treatments are elderly with comorbidities or other medical issues.

Many cancer drugs, he added, have a marginal benefit even in this “ideal” population, prolonging survival sometimes by only a few months, not to mention the side effects that come with them. Prasad commented that in the “real world,” many cancer drugs have no benefit, based on his own experience and other studies.

So, it’s no surprise that drug companies stack clinical trials with people who are most likely to benefit, even if they aren’t the ones most likely to be taking the medication. They want to see positive results – even if those results aren’t indicative of the larger population – to gain FDA approval.

Another issue Prasad mentioned is that while the prices of drugs used to treat other conditions don’t rise too much over time, that’s not the case with cancer drugs: Their cost has risen 5 times faster than many other kinds of medications. It’s not uncommon for cancer treatments to cost tens of thousands of dollars – or more – per year.

The problem with using surrogate endpoints is that they are not a true indication of a drug’s effectiveness.

If all this is the case, why are so many relatively ineffective oncology drugs approved? Besides skewed trial participants, another key reason is that in a desire to get new cancer treatments to market, the FDA has essentially lowered the bar for many of these drugs to get approval. Efficacy is determined not necessarily by overall increase in survival, but by what is known as a surrogate endpoint. This could mean a cancer tumor itself shrunk as a result of the drug.

The problem with using surrogate endpoints is that they are not a true indication of a drug’s effectiveness. Just because a tumor shrinks doesn’t necessarily translate into longer survival or better quality of life for a patient.

Drug companies are supposed to conduct postmarketing studies to confirm whether a treatment actually does increase survival, but too often those results are buried, if they are reported in journals at all.

More-stringent clinical trial requirements, so that more people who would benefit from a new cancer drug – or any new treatment for that matter – are actually included in those trials would be a good start. This would also give a better idea of the “real world” efficacy of the therapy.

Also, the FDA should maybe think twice before approving a drug that may not be very effective at all, and require more concrete data before approval. Doing so would help to eliminate the false hope that many patients might have, minimize the risk of side effects from those drugs, and save tens of thousands of dollars.