Is There a Safe Amount of Drinking Over the Holidays? 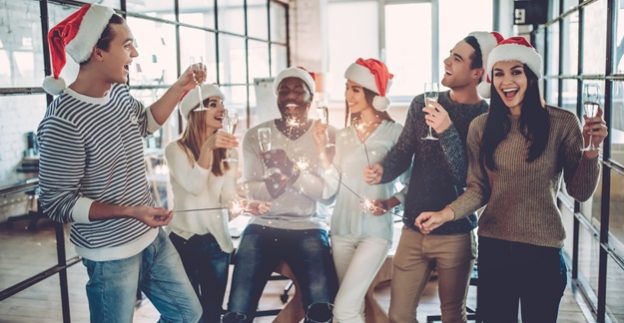 With the holiday season upon us, there are many opportunities to drink alcohol. Some are undoubtedly tempted to over-indulge, and people who struggle with alcohol may find this time of year particularly challenging and stressful. But what are the benefits and risks of alcohol? Many people can enjoy alcohol without any immediate problems, and may find that it helps them to relax and socialize. In some cultures, it is important for observing traditions or celebrating religious feasts. But does an apparent lack of alcohol-related problems make it safe?

The science on the possible benefits and safety of alcohol use resembles a mudslide more than a crystal-clear glass of chardonnay. Certainly, heavy alcohol use is associated with myriad health problems, from mental illness and dementia, to heart disease and stroke, to cancer and liver disease, to earlier death. But what about light-to-moderate alcohol consumption? Some studies have actually linked moderate alcohol use with health benefits, including decreased risk of ischemic heart disease, ischemic stroke, diabetes, dementia, and mortality.

However, since we can’t randomly assign people to take alcohol or placebo, these studies have numerous limitations. For one, there is the “sick abstainer effect,” whereby a subset of people reporting no alcohol may actually have quit drinking due to a history of problems from past heavy alcohol use, which would put them at elevated long-term risk of certain health problems. Another problem is confounding. For instance, people who moderately consume alcohol have been shown to have higher average socioeconomic status, which is associated with better health and a longer life. Researchers have tried to control for potential confounders, but it isn’t possible to account for all of them; only randomization can do that. Finally, almost all studies are based on self-reports of drinking behavior, which is fraught with potential error and bias. We know that people tend to under-report “undesirable” behaviors like heavy drinking, and studies have attempted to correct for this, but no adjustment strategy is perfect.

Recently, an extremely large, international study tried to get a definitive answer to the question about the safety of alcohol use. Using data from 195 locations across the globe, including 694 data sources about alcohol consumption, 592 studies on the health effects of alcohol use, and a combined study population of 28 million people, the researchers sought to determine the total burden of disease and disability caused by alcohol use between 1990 and 2016. Importantly, they did not solely rely on self-reported drinking, but adjusted alcohol consumption estimates using alcohol sales data, which were further corrected for tourism-related and unrecorded consumption.

In 2016, globally, among people aged 15 to 49 years old, alcohol was the leading risk factor for death and disability, with 3.8% of female deaths and 12.2% of male deaths attributable to alcohol use.

The findings were sobering. In 2016, alcohol was the seventh overall cause of death and disability globally, accounting for 2.2% of deaths among females and 6.8% among males. Among people aged 15 to 49 years old, alcohol was the leading risk factor for death and disability, with 3.8% of female deaths and 12.2% of male deaths attributable to alcohol use. And the study was unable to identify any safe level of alcohol consumption (or in other words, the safest amount of drinking was zero).

But don’t pour your eggnog and brandy down the drain just yet. Even though this was a massive study with key methodological innovations, there were still limits. Like all previous studies, it wasn’t randomized, so confounding remains a possible explanation for some of the links between alcohol and health problems. Further, the findings have more obvious implications for public health than for individual risk. That means that while the study revealed important harms of alcohol use within the population at large, the danger to any individual person remains quite small. For instance, the top three causes of alcohol-related death for younger people were tuberculosis, road injuries, and self-harm. If you don’t live in the developing world, the first basically doesn’t apply to you. And if you never mix your moderate drinking with driving and have never had a problem with suicidal thinking, the next two aren’t relevant either (though someone else’s drinking and driving could still hurt you).

For the older group, cancers were the main causes of alcohol-related deaths. This risk technically applies to everyone who drinks any amount, but the actual increase in cancer risk that an individual would experience from moderate drinking is small. For example, if a man in the United States drinks 3-4 drinks per day (moderate-to-heavy drinking), his risk of developing colorectal cancer would increase from about 4.6% to around 5.7%. Assuming this 1.1% absolute risk increase is entirely due to alcohol (and not confounders), this would mean that alcohol is causing a lot of cancer cases in the overall population, but that it arguably does not present a very significant danger for an individual person.

Finally, especially in wealthier countries, light-to-moderate alcohol consumption was associated with a protective effect against ischemic heart disease for men and against ischemic heart disease and diabetes among women. So you might kick yourself for drinking if you develop a possible alcohol-related cancer at 70 years old, but you’d have no way of knowing whether or not this same alcohol use prevented you from dying of a heart attack at 68.

So, by now you’re likely asking whether you should drink. Unfortunately, I can’t make a strong recommendation. Yes, there are real risks associated with alcohol, but many also find benefits in light-to-moderate drinking, and every decision we make requires some amount of weighing the risks and benefits (e.g., driving a car is fairly risky but also confers many social and economic benefits). Each person’s calculation will be personal and different.

But what we do clearly know is that heavy and/or problematic drinking is very unhealthy. Heavy drinking is defined as more than three standard drinks a day or more than eight a week for a woman, and more than four a day or 14 a week for a man; and a standard drink is much less than you might think (that martini is likely two to three standard drinks). If associated with social, occupational, or health problems, any amount of alcohol can be considered problematic. If your drinking habit matches these definitions, you should consider cutting back and speak with your doctor if you need help. But if you enjoy light-to-moderate drinking without any problems, you may decide that enjoying a little Holiday cheer is worth the risks.

This article was first published by JustCareUSA. Reprinted by permission.