Medications That Can Make You More Sensitive to Sun Damage 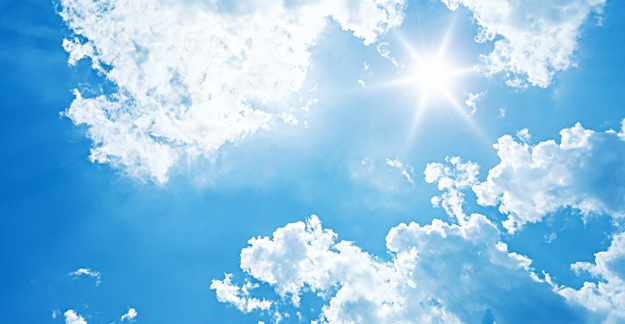 People often look forward to the warmer days of summer and the longer days of sunshine. But whether you’re catching some rays at the pool, beach or just your backyard, be careful. The increased exposure to the sun carries a risk that may be overlooked: Sun sensitivity due to certain medications.

Technically called photosensitivity, the condition can result from the use of many different drugs, whether they are taken orally, topically or via injection.

There are 2 types of reactions that can be caused by interactions between medications and sunlight. The first type is Phototoxicity. “A phototoxic reaction means that a drug or its byproducts are present on the skin, and the ultraviolet rays from sunlight causes such drugs to react against the skin,” explains Mohamed A. Jalloh, PharmD, a pharmacist who is the spokesperson for the American Pharmacists Association and an instructor at Creighton University in Omaha. Phototoxicity can cause long-term damage to the affected areas of skin, and even if you stop taking the medication soon after symptoms appear, you could continue to have reactions for many years. Such reactions may also increase the risk of skin cancer.

In the second type, a photoallergic reaction, the sun’s ultraviolet (UV) light “reacts with the drug and produces a substance that your body perceives as a foreign object known as a ‘hapten,’ ” says Jalloh. Your immune system produces antibodies against this “foreign object” and reacts the same way when you are exposed to the drug again. Though photoallergic reactions are less common than the phototoxic type, both can cause similar symptoms of redness, pain, prickling, or a burning sensation in areas that are exposed to the sun and specific drugs. “However, photoallergic reactions are more likely to cause itching and blistering as well,” notes Jalloh.

While phototoxic reactions typically lead to changes within minutes or hours of exposure on sun-exposed skin, those due to photoallergic reactions generally do not show up until 1 to 3 days later, and the resulting rash can spread all over the body, not just on the areas exposed to the sun.

Photosensitizing Drugs and What to Do If You Take Them

The drugs most commonly associated with sun sensitivity are:

Some diabetes medications, including glipizide and glyburide, can increase the risk of a sun reaction as well, according to Kelly M. Shields, PharmD, an associate professor of pharmacy practice at Ohio Northern University. There are various other drugs that can cause photosensitivity, so don’t assume a medication is sun-safe just because it is not listed here or elsewhere as being linked with photosensitivity.

If you experience any of the noted symptoms within 12 to 24 hours of exposure to sunlight while taking a particular medication, you should “speak to your pharmacist and physician to help investigate if that drug truly caused a reaction,” advises Jalloh. The same goes for medications that you may have taken previously but stopped and recently restarted, even if you did not have such reactions the last time you were taking it.

“The best way to determine if you are experiencing photosensitivity due to a drug is through phototesting or photopatch testing by a healthcare provider,” he says. Phototests check for abnormal sunburn reactions that suggest phototoxic effects, while photopatch tests are used to check for photoallergic reactions.

If your doctor determines that you truly have photosensitivity, the next decision is whether the medication you are taking is absolutely necessary and either stop the treatment or switch to an alternative drug that carries little or no risk of photosensitivity. If you need to continue taking the photosensitizing medication, Shields recommends asking your doc if you can do so in the evening (if you take it only once a day and as long as it makes sense with any other drugs you are taking) in order to minimize sun exposure while the drug is most active in your body.

Another approach to explore with your physician is the use of light therapy while you are taking the medication, which can help your skin get used to UV light and less reactive to the sun, says Jalloh.

As for dealing with the sun itself, the “best advice to minimize the risk of reactions is to avoid sun exposure if possible — which is clearly easier to say than to do,” says Shields. If staying out of the sun entirely is not an option, she offers the following simple tips to protect yourself from its rays, in terms of both skin cancer and photosensitivity:

Also avoid tanning beds and, if possible, stay indoors or in the shade between 10am and 4pm, when the sun’s UV rays are at their strongest. In addition to the increase in UV exposure that takes place during summertime, it is stronger in areas located near the equator and at high elevation.

Another important point to keep in mind for vacation season: UV exposure also gets a boost from reflections from sand, snow and water. Remember that sun damage can occur even when it is cloudy, and it doesn’t take long for sunburn to occur, especially in a fair-skinned person: It can happen in as little as 10 to 15 minutes of exposure.