How Patients Could Be Harmed If Kratom is Banned 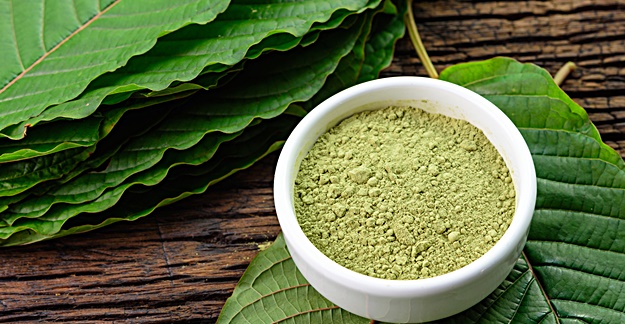 A long-simmering battle between the FDA, DEA and patient advocates over the popular, yet controversial, herbal supplement kratom may soon be coming to a head. A recent STAT report indicates that the Department of Health and Human Services (HHS) has pressured the DEA to ban the supplement, used by millions as an alternative to opioids for pain and opioid withdrawal, among other ailments.

In a November 2017 letter reecently made available thanks to a STAT Freedom of Information Act request, HHS is recommending to the DEA that mitragynine and 7-hydroxymitragynine, two active compounds in kratom, should be classified as Schedule 1 substances, meaning they have “no currently accepted medical use” and a “high potential for abuse.” That would put kratom in the same group as heroin, LSD and marijuana. [Yes, despite marijuana being legal for recreational and medical use in many states, the feds still consider possession illegal.]

The FDA has not held back in its opposition to kratom, and has frequently posted on what it considers dangers associated with it. Just last week, it said it had found unsafe levels of heavy metals in some samples it had examined. And earlier this year, the FDA said there were salmonella outbreaks linked to kratom products. Note that these issues are really ones surrounding kratom’s manufacture – the presence of heavy metals and the salmonella outbreak – rather than with the drug itself.

Is Kratom Really As Dangerous As the FDA Claims?

The agency has also linked 90 deaths to kratom use. However, as a Huffington Post article points out, most of the 44 victims were found to have other substances in their body at the time of death, including illegal drugs that have deadly risks of their own. One was even shot before their death and another fell out a window.

The FDA has also said kratom has opioid-like qualities and is concerned that it could potentially be addictive. Mitragynine, one of the kratom compounds, does partially active a receptor in the brain that is also activated by other opioids like heroin, but kratom “seems to be much safer in the way it activates that receptor, so it avoids side effects like respiratory depression,” Columbia University researcher chemist Andrew Kreugel told the Huffington Post. He added that in 2014, there were 28,000 deaths from opioids (both legal and illicit) from respiratory depression compared to just one death potentially related to kratom.

If the DEA were to ban kratom anytime soon, the results would have a serious impact on patients – and not necessarily in a positive fashion.

Scheduling a drug as a Schedule 1 substance means it will make it far more difficult to determine the medicinal benefits of kratom. Why? Researchers need to get special permission from the DEA to study Schedule 1 substances, and that requires a ton of paperwork, special security and bureaucracy. It’s why there is relatively little research being conducted on the therapeutic benefits of marijuana.

The second is that banning kratom doesn’t mean that people will stop using it. It will simply create a black market where kratom product quality will get poorer and the potential for dangerous substances being added will increase. Even worse, people who have sought kratom as an alternative to opioid medication and have found success with it will likely return to prescription and illicit opioids — and the dangers inherent in those.

The FDA has not done due diligence in listening to groups that support kratom and scheduling meetings they have requested. Perhaps that’s why last week, the American Kratom Association, a leading kratom advocacy group, sent a letter to the heads of the DEA, FDA, HHS and National Institute on Drug Abuse (NIDA) asking to reconsider the Schedule 1 recommendation. It was signed by 12 scientists that have researched kratom.

The letter makes plenty of legitimate, fair arguments. In coming to its assessment on kratom, the scientists argue that the FDA neglected to include input from NIDA or kratom researchers. They want the DEA, along with NIDA, to examine the FDA’s abuse potential claim, as well as propose other regulatory alternatives to avoid scheduling kratom.

The letter also asks the FDA to work with industry groups to develop regulations on manufacturing kratom products. The American Kratom Association says it already has a good manufacturing practices program.

The FDA and DEA owe it to patients who are benefitting from kratom to address the issues laid out in the letter. While federal agencies like the FDA and the DEA have a responsibility in protecting the public, they should not make decisions zealously and without a complete assessment of all the facts. With kratom, a rush to move it to a Schedule 1 drug could lead to serious consequences for patients.