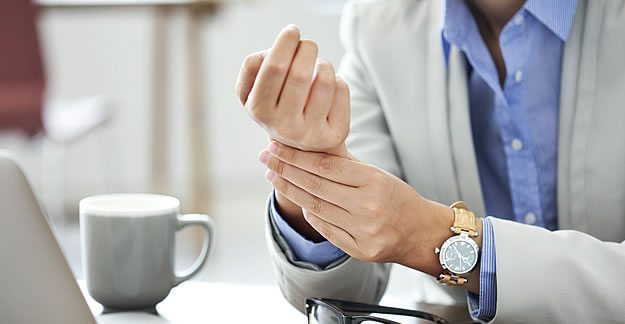 SAMe may be one of the most effective arthritis supplements for osteoarthritis pain that you’ve never heard of. While many studies show it works as well as common pain medications, with fewer side effects, there are also studies that show the opposite. There is still some controversy about SAMe.

It doesn’t have the same name recognition as glucosamine or turmeric, but the Arthritis Foundation’s website cites it as one of the supplements that scientific studies have found to be effective in treating osteoarthritis. Two studies cited by the organization showed it to be as effective as NSAID (nonsteroidal anti-inflammatory drug) painkillers.

Osteoarthritis is the most common form of arthritis, affecting more than 32 million adults in the United States. It occurs when the smooth cartilage that protects the bones in a person’s joint gradually wears down, causing pain, swelling and stiffness in the joints, and it often gets worse with time. It’s most likely to affect a person’s hands, back, neck, hips and knees.

“SAMe is one of the handful of natural supplements that does have fair evidence that it helps for the pain of osteoarthritis,” says Richard Saint Cyr, MD, a primary care physician at Swedish Bainbridge Island Primary Care in Bainbridge Island, Wash.

So what is SAMe and what does it do?

SAMe, which is short for S-adenosyl-L-methionine, is a compound found naturally in the body and helps produce and regulate hormones and maintain cell membranes, according to the Mayo Clinic.

SAMe was discovered in the 1950s, and researchers later found that some patients with depression have reduced levels of SAMe. As they were studying whether a SAMe supplement might help treat depression, researchers discovered that some depressed patients who also had osteoarthritis reported joint pain improvements when taking SAMe.

The arthritis supplement works as a pain reliever and appears to have anti-inflammatory properties, according to many studies, while animal studies indicate it may stimulate cartilage growth and impact serotonin, decreasing the perception of pain.

A 2002 meta-analysis (a review of a number of independent studies of the same subject, in order to determine overall trends) in the Journal of Family Medicine analyzed the findings of 11 randomized controlled trials that tested the efficacy of SAMe versus NSAIDs or placebo. Their  conclusions were interesting. SAMe was not more effective at relieving pain than a placebo. However, compared to NSAIDs for the treatment of osteoarthritis, the supplement was found to be just as effective in reducing pain and improving joint function — and was less likely to cause the side effects of NSAIDs. These can include increasing the risk of heart attack, stroke, kidney disease and stomach problems.

Common NSAIDs include aspirin, Advil or Motrin (ibuprofen) and Aleve (naproxen). Celebrex (celecoxib), which is often used to treat arthritis, belongs to a class of NSAIDs known as COX-2 inhibitors and aims to avoid stomach upset.

A 2009 study in the journal Clinical Therapeutics compared 1200 mg per day of SAMe to 1000 mg per day of the prescription NSAID nabumetone (Relafen) in 134 people with knee osteoarthritis. After eight weeks the researchers found no difference between the two substances in pain relief or peoples’ tolerance of the treatments.

In 2004, researchers at the University of California, Irvine, conducted a randomized controlled study to compare the effectiveness of 1200 mg of SAMe to 200 mg of Celebrex daily for 16 weeks in treating osteoarthritis of the knee. The study, published in BMC Musculoskeletal Disorders, examined the results of 56 patients, looking at their pain, joint function, mood, and the side effects they experienced. After one month, Celebrex was much more effective in reducing pain than SAMe was. By the end of the second month, there was no difference in effectiveness.

The study concluded SAMe was slower to take effect but was ultimately as effective as Celebrex in treating osteoarthritis pain. It recommended that further studies be done to examine how well SAMe worked over the long term, and to determine the optimal dosage of the supplement. A typical dosage of SAMe for osteoarthritis 600 mg to 1200 mg each day, divided into three doses.

Other drugs used to treat arthritis include methotrexate, which has shown benefits in reducing inflammation and disease progression in studies of the drug for hand and knee osteoarthritis. Methotrexate is considered a first-line therapy for rheumatoid arthritis (RA). As many as 90% of people with RA are either on the med or have been on it in the past, according to the Arthritis Foundation. The drug is popular due to its rapid onset of action, efficacy, low cost and favorable toxicity profile.

But like any other drug, methotrexate has side effects to be aware of. The drug can cause nausea, vomiting, mouth sores, hair loss and liver problems in some people. Taking a folic acid supplement can help prevent some side effects. How much folic acid and when you should take it will vary depending on your methotrexate dosage and schedule, so talk to your doctor before beginning folic acid. Also, if you are pregnant or plan to become so, methotrexate is known to cause birth defects.

Randi Raaen, a CPA from Tampa, Fla., has been using SAMe for 30 years to treat arthritis in her hands, after hearing it discussed on a local radio program. “It changed my life,” she says. “I find if I don’t take SAMe on a regular basis, I’ll start getting pain in both my hands.”

Along with helping those with osteoarthritis, SAMe also has been found to help some people who have been diagnosed with depression. A 2016 meta-analysis, published in the American Journal of Psychiatry found SAMe to be among several supplements that can be effective when combined with selective serotonin reuptake inhibitors (SSRIs) for patients who don’t respond to conventional treatments.

A 2017 review published in the Journal of Clinical Psychiatry describes more than 50 clinical trials evaluating SAMe for depressive disorders. Overall the studies showed evidence of efficacy and safety as a treatment alone or with antidepressants in people with major depressive disorder. In four studies, 1600 mg of SAMe per day worked as well as the antidepressants imipramine and desipramine, which are both in a class of treatments called tricyclic antidepressants. Twelve studies showed that SAMe worked better than a placebo in improving symptoms of depression. And several studies found that 800 mg to 1600 mg of SAMe added to antidepressant treatment led to a reduction or remission of depression symptoms in people whose symptoms had not responded to antidepressants alone.

While SAMe has gotten good results in scientific studies for osteoarthritis treatment, that doesn’t mean doctors are rushing out to recommend it.

Saint Cyr says he tends to recommend turmeric and boswellia supplements for osteoarthritis, “which are generally cheaper and also easier to find and to take. He suggests “SAMe is a later option if those two don’t seem to work.”

Because SAMe is usually taken up to three times a day, the cost can top $100 a month.

Side effects from the arthritis supplement are rare, and if they do occur, they are usually mild. Possible side effects include upset stomach, nausea, irritability and anxiety.

It also should be avoided for people with bipolar disorder or Parkinson’s disease.

Osteoarthritis typically develops as people age, and it tends to be more common in women. It also is more likely to develop in people who are obese, because the extra weight causes pressure on the joints.

Your occupation also can influence osteoarthritis, as repetitive motion can put wear and tear on certain joints.

If you think you might have osteoarthritis, your primary care physician can do a workup and will likely ask about your family history, as some people can inherit a tendency to develop osteoarthritis, says Tanya Gold, MD, a holistic family medicine practitioner in Tampa.

Physical activity and physical therapy can help counter the effects of osteoarthritis, along with the use of supplements.

“Why not try a healthy alternative first, without the side effects,” Gold advises.

I was diagnosed with Rheumatoid Arthritis (RA) 20 years ago. I have experienced whatever side effects I was warned about. The only treatment that has been successful has been the taking of worldherbsclinic RA HERBAL FORMULA, maintenance dosage of 2 in the MORNING with breakfast. I normally take 2 as usual with breakfast and one at night with dinner and have been pain-free period for more than 2 months now. I have regular blood tests and do not experience any of the side effects from taking it. Thank God this works for me. I feel great! checkout www worldherbsclinic com for more details about Rheumatoid arthritis herbal formula