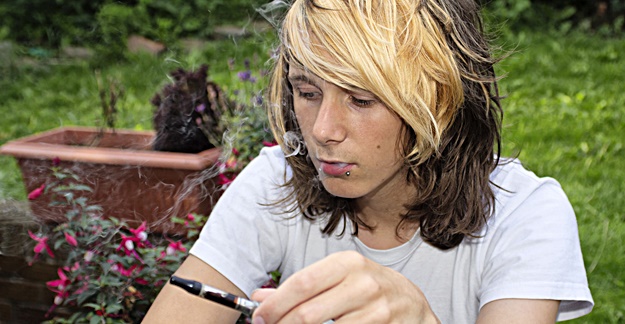 In yet another indication of the dangers of e-cigarettes, also known as vaping, teens who extensively engage in the habit are much more likely to also smoke tobacco cigarettes.

About 37% of teenagers have tried vaping at least once, according to recent surveys.

A new study examined surveys on 10th-grade students in public high schools in the Los Angeles area. They were questioned in the fall and then in the spring as a 6-month follow-up about vaping and cigarette use and frequency.

Surveys were administered to about 3,000 10th-grade students in 10 public high schools in Los Angeles County during the fall (baseline for this report) and spring (6-month follow-up) of 2014-2015. They were asked about vaping and tobacco cigarette use on both occasions.

Overall, only 26 students who in the fall said they had never vaped or smoked ended up doing so by the spring, researchers reported in JAMA. However, teenagers who said they had engaged in vaping were more likely to also smoke tobacco cigarettes. And the more they vaped, the more heavily they smoked traditional cigarettes.

In an effort to stem e-cigarette use in teens, in August, a new FDA rule went into effect that restricted the sale of e-cigarettes to anyone under the age of 18 and requires retailers to check IDs. And a nationwide survey released in April found that the number of teens using e-cigs has skyrocketed since 2011, while those using traditional cigarettes has declined since then.