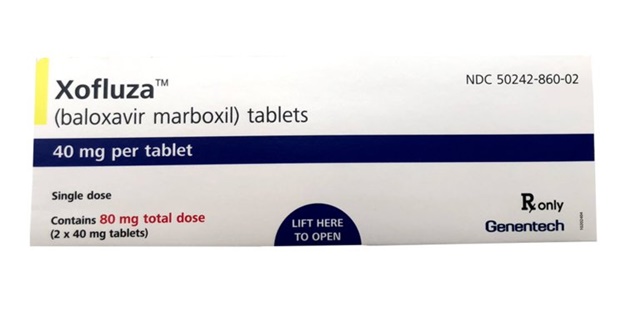 With flu season just around the corner, the FDA’s approval last week of the first new antiviral flu drug in almost 20 years, Xofluza, made major headlines. Xofluza (baloxavir) can ease symptoms and reduce the time you are sick by just a little over a day. A study found that compared to placebo, Xofluza eased symptoms 26.5 hours quicker. Yes, you read that right. Just one day less of misery.

So, if you find yourself down with the flu bug in the coming months, should you rush to your doctor to get this new medication?

The short answer is, it depends. But there are several reasons why you may want to think twice.

The first thing to know about Xofluza is that you need to take it when you first experience symptoms. Within the first 48 hours, to be precise. That means getting to the doctor, quick. If you can’t, then the drug won’t work.

Another consideration is cost. The list price for Xofluza is $150 for a single dose, though with insurance and other discount programs, you could pay less. You have to ask yourself whether it’s worth it to shell out that kind of money to feel better just a day sooner than without taking any drug – and without having to go to your doctor to get a prescription.

Still, if you want to feel better a day sooner, you should know that there is already a drug on the market that does this – Tamiflu (oseltamivir). And because it went generic last year, Tamiflu is a lot cheaper than Xofluza. A New England Journal of Medicine study published last month found that the time to symptom relief was about the same in both drugs. The advantage of Xofluza is that it is a single dose. With Tamiflu, you need to take the drug twice a day for five days.

Before you run out to get Tamiflu, you should know it comes with side effects, such as headache, nausea and vomiting. There have even been reports of psychiatric events associated with the drug, including hallucinations. The side effects reported with Xofluza in trials were reported to be mild, but it is important to note that the safety profile of a drug is not fully known until it has been taken by many, many people.

If you get the flu but are otherwise healthy, the CDC (Centers for Disease Control and Prevention) actually advises against getting antiviral drugs. That’s because you’re likely to get better on your own with plenty of rest, drinking extra fluids and taking over-the-counter medications to deal with symptoms. Also, taking antiviral drugs when you don’t absolutely need them can potentially lead to drug-resistant strains of viruses, much in the same way the overuse of antibiotics can lead to antibiotic resistance.

So, who should consider taking an antiviral medication for the flu? Those at risk of developing complications from the flu. This includes those over 65, pregnant women and young children (Xofluza is only approved for those 12 and older, however), as well as people with certain medical conditions such as asthma, lung disease, heart disease and a weakened immune system. For these people, a drug like Xofluza could stop a more serious illness from developing that could lead to a hospital stay.

Of course, the best defense against the flu isn’t even a drug. It’s the flu vaccine, which can decrease your chances of getting the virus and moderate the symptoms if you do. So, if you haven’t gotten your flu shot, get it ASAP.

How Do COVID Vaccines’ Side Effects Compare to Those of Other Vaccines?