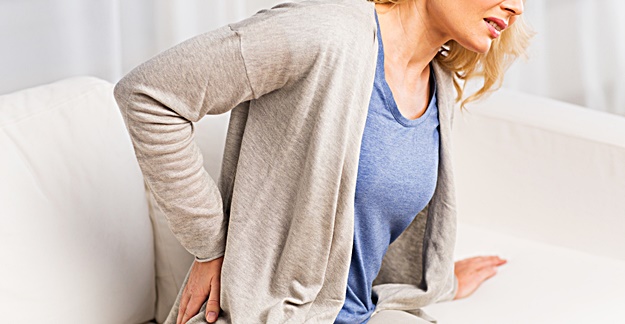 From the outside, a person with fibromyalgia looks perfectly normal. But on the inside, it can feel like the pain volume dial has been cranked up to high and can’t be turned down. On top of this, the high level of fatigue can interfere with life on every single level.

“Fibromyalgia is a very interesting illness,” says Jordan Tishler, MD, a Harvard-trained physician who focuses on holistic care. “Twenty years ago we felt that it was largely a psychological illness, partly because we couldn’t find much else wrong, and partly because it responds, at least for some, to antidepressants like SSRIs (selective serotonin reuptake inhibitors).

“We’re now coming to learn that fibromyalgia is a complex illness with multiple things going on,” he adds. “There is clearly a psychological component, but this exists on top of a vague immune condition that we’re still working to define.”

The symptoms of fibromyalgia are widespread diffuse pain; psychological symptoms such as depression and anxiety; and somatic symptoms such as fatigue, memory difficulties, and poor sleep quality. Due to these wide-ranging symptoms, there is an equally wide number of therapies, treatments and medications commonly used for fibromyalgia — everything from diet, exercise, strong pain medicines and sleeping pills to antidepressants.

While medications may provide benefits, all pharmaceutical drugs come with side effects that may contribute to more negative outcomes, rather than the positive improvements you might hope for. For that reason, many fibromyalgia sufferers focus on non-drug treatments, turning to drugs only if necessary and often for short periods of time. See Sabrina Miller’s personal struggles with fibromyalgia using diet, alternative medicines, therapies and medicines in, Fibromyalgia Taughte Me to Fight for My Health.

According to the National Institute of Arthritis and Musculoskeletal and Skin Diseases, exercise is one of the most useful treatments for fibromyalgia. Aerobic exercise, as well as strength training and mind-body practices like yoga and tai chi have shown benefits for people with fibromyalgia. “Even though it seems counteractive due to the high levels of fatigue experienced by fibromyalgia sufferers, exercise (both aerobic and strength-based approaches) actually works to decrease symptoms and fatigue,” says Dr. Tishler. “The message here, though, is to ‘start low and go slow.’”

“This is my first go-to line of defense because it eliminates all the guesswork when it comes to problematic foods,” says Whitcomb. “Once these foods are identified, they are removed from the diet and we slowly add in safe, non-reactive foods.”

One such inflammatory food identified as a potential problem is gluten. Studies have shown that people with fibromyalgia commonly have non-celiac gluten sensitivity — not an allergy, but an intolerance to gluten. In one small study with fibromyalgia patients, 75% of them experienced a dramatic reduction in widespread pain after eliminating gluten. Some patients in the study became pain free. A few of the patients taking opioid medications were able to stop the drugs after following a gluten-free diet. In a 2017 study in the Journal of Clinical Gastroenterology, fibromyalgia patients with symptoms of gluten sensitivity were placed on either gluten-free or reduced-calorie diets for 24 weeks. Both groups showed improvements in symptoms.

In a 2018 review of 172 studies on diet for management of chronic pain, researchers developed a hypothetical food pyramid with anti-inflammatory and antioxidant items as a base. Recommendations include low-glycemic whole grains (whole rice or rolled oats, for example), fruits, vegetables, extra virgin olive oil, nuts, and yogurt every day. Legumes and fish are also recommended regularly, and sweets are kept to a minimum.

Once inflammatory foods are removed from the diet, it may be that people have nutrient deficiencies that also need to be addressed.

“Magnesium and vitamin D are common deficiencies,” says Whitcomb. “But rather than assuming that’s the patient’s issue, I run a comprehensive micronutrient panel that looks at 33 nutrients to get a broad overview of what’s really going on in their body.

“Once we know their deficiencies, we can talk about repleting through food and supplements. Food is preferable, but some nutrients, like vitamin D, need to be supplemented since there aren’t many foods that contain it.”

“Poor sleep seems to be a major contributor to this illness, so good sleep habits, such as reducing stimulants like coffee, and the occasional use of prescription sleep aids are important approaches,” says Dr. Tishler. Sleep aids are intended for short-term use, so if you continue having trouble sleeping after using a drug for 2-3 nights, talk to your doctor about alternative ways of improving sleep.

When it comes to easing chronic pain, non-drug treatments such as mindfulness and cognitive-behavioral therapy (CBT) can be more effective than medication and without the side effects.

Researchers examined 21 clinical trials that enrolled 2,000 people who had pain resulting from a number of conditions including fibromyalgia. They focused on CBT and mindfulness-based stress reduction as therapies for chronic pain in those trials. The latter involves meditation and simple yoga poses.

Results, published in the journal Evidence-Based Mental Health, found that changes in physical functioning, pain intensity, and depression were better in those who engaged in CBT and mindfulness compared to those who took medication. However, the researchers noted that those effects were “small.”

CBT is a widely used approach to treating chronic pain. It’s not clear whether CBT is more effective than mindfulness as only one of the trials examined compared the two against each other.

“I have many fibromyalgia patients in my practice and have found cannabis can be a very effective treatment,” says Dr. Tishler, who is also a medical marijuana specialist. “Cannabis is great for pain control and equally good for promoting sleep. In fact, it’s considerably better for sleep than any conventional medication. It’s also considerably safer for pain control than opioid options.

Medical marijuana is often used to help people cut back on their use of opioid drugs according to a study with only 30 people. Many people taking opioids are concerned about dependence on the drugs as well as their side effects. And many also find that cannabis relieves symptoms better and provides longer-lasting relief than prescription drugs.

“And on top of this, cannabis is effective for mild depression and anxiety, both of which are associated with fibromyalgia as well. I have certainly found cannabis to be truly effective for fibromyalgia patients because it addresses the illness on so many levels,” Dr. Tishler adds.

You may have heard of the heavily advertised fibromyalgia drug, Lyrica (pregabalin). It’s an antiepileptic, anticonvulsant medication that slows down seizure-related impulses in the brain, and also influences nervous system pain-signaling chemicals in the brain, which is why it’s commonly prescribed for fibromyalgia.

These results were supported in a 2019 Cochrane review of studies, including around 12,000 people, researchers came to similar conclusions. In studies of Lyrica for nerve pain from a variety of conditions, pain was reduced by 30% to 50% or more in those who experienced relief. Side effects, mainly dizziness and drowsiness, occurred in 60% of people, leading about 10% of participants taking Lyrica to drop out.

Common side effects of Lyrica (60% or more suffered from one or more of these) include:

There are more serious side effects that can also occur, including (in order of most to least frequent, but none are common):

If you experience any of these more serious symptoms, consult with your doctor immediately.

Antidepressants such as tricyclics (amitriptyline and structurally similar cyclobenzaprine), and the SSRI Prozac (fluoxetine) are often prescribed. The serotonin and SNRIs (norepinephrine reuptake inhibitors) Cymbalta (duloxetine) and Savella (milnacipran) are structurally antidepressants but are also approved to treat fibromyalgia. Cymbalta also treats major depression; Savella only treats fibromyalgia. Though they can be effective, nearly all antidepressants are associated with side effects and can sometimes result in serious adverse events, too.

‘We’re now coming to learn that fibromyalgia is a complex illness with multiple things going on.’  — Jordan Tishler, MD

For more severe pain, opioids including codeine, fentanyl, oxycodone, morphine and others may be prescribed, the side effects of which are sedation, dizziness, nausea, constipation (very high rate), tolerance (which means you’ll require every higher doses for pain relief), hypoxia (lack of oxygen to the brain due to slowed breathing), psychological addiction and physical dependence on the drug. Chronic opioid use leads to changes in brain neuroplasticity, which is what causes this.

Some doctors feel that opioids may not be an appropriate treatment for people with fibromyalgia (see MedShadow’s Is Morphine Being Overprescribed?) and may not be worth their significant risks (see Pain Docs Warn Against Opioids). There is no research to prove or disprove that oxycodone works in fibromyalgia pain relief.

As you can see, it’s important to read up on the possible side effects because if you find your fibromyalgia symptoms are getting worse, not better, it could be the type of medication you’ve been prescribed. Don’t be afraid to ask your doctor to review your options.

Alternatively, you could try some natural treatments that have demonstrated efficacy.

For more ideas on alternative ways to relieve nerve pain, see MedShadow’s article Treating Neuropathy: Why Medications Are A Pain, And Some Alternatives For Relief.