Is Kratom as Dangerous as the FDA Claims? It’s Hard to Tell 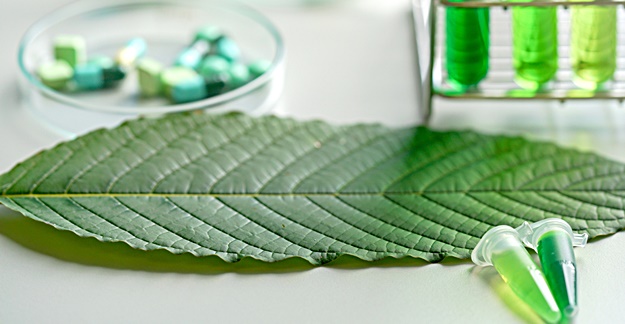 MedShadow occasionally runs “First Person” articles that give personal perspective on a particular drug, supplement, medical or health issue. The one we ran last Thursday, which dealt with a Navy vet’s experience using the herb kratom, has generated a lot of attention on MedShadow’s Facebook and Twitter pages.

If you haven’t read the piece by Andrew Turner, I highly suggest you do. Mr. Turner not only discusses how kratom has helped alleviate pain he sustained from an injury incurred during his military service, but he also takes the FDA to task for condemning the herb without consideration of the experience of millions of patients — the American Kratom Association says 3 million Americans are regular users — who have been helped by this naturally occurring substance.

And in the spirit of transparency, in a February news release, FDA Commissioner Scott Gottlieb said that the agency has received reports of 44 deaths associated with kratom. The agency has also expressed concern about the herb’s opioid-like qualities. And over the last month, it has issued several recalls of kratom products over possible salmonella contamination.

We heard from other kratom users, some of whom said the herb was a lifesaver for them. And others — who may or may not be kratom users — criticized the FDA for trying to ban a supplement that has helped a good number of people.

The debate over kratom has heated up over the last 6 months or so. And throughout this time, I have wondered whether kratom is really potentially dangerous. At the same time, I’ve wanted to know what the evidence is on the herb’s medical usefulness, and what the research says.

Since the publication of Mr. Turner’s article, I’ve done some digging of my own. The bottom line: I came across sources that support kratom’s medical benefits — and an equal number that warn of the dangers of the herb.

One article that caught my eye was from WCPO in Cincinnati. In it, a woman, who happens to be a recovering drug addict, tells how she used kratom — instead of the opioid painkiller Percocet her doctor prescribed — to manage pain associated with a C-section she had. The reporter also interviewed a researcher who supports the use of kratom.

Oliver Grundmann, PhD, with the University of Florida College of Pharmacy, said that even though kratom interacts with opioid receptors in a similar way that opioid pain drugs do, the effects the herb and the opioid meds have on the body are different.

He noted that kratom, unlike opioids, doesn’t influence breathing, which reduces the chances of an overdose. And while Grundmann admitted there are potential adverse effects with kratom, he’s not convinced it is responsible for those 44 deaths.

In medical literature, a recent review published in the February issue of the journal Drug and Alcohol Dependence piqued my interest. The piece, on kratom and mental health, found the herb has “potential as a harm reduction tool, most notably as a substitute for opioids among people who are addicted.”

This made me wonder, did the FDA consider this use of kratom before issuing its February warning?

To be fair, I also found interviews with other researchers and doctors, as well as other journal articles, sounding alarm bells about kratom.

In a perfect world, we would have a clear answer on kratom’s risks and benefits. Unfortunately, we are not there yet. If you take kratom or are thinking of taking it, please do your own research and discuss any questions or concerns with a medical professional – or two.

While I understand the FDA has a duty to inform the public about concerns it has about kratom — or any other supplement or drug, for that matter — they also have an obligation to fully vet the research before coming to a firm conclusion. My fear is that they decide to ban kratom without having a more complete understanding of kratom’s risk/benefit profile. Were that to happen, it would be a disservice to patients who find kratom to be a valuable therapy that has allowed them to lead a better life.