A Medical Marijuana Revolution in the Making? 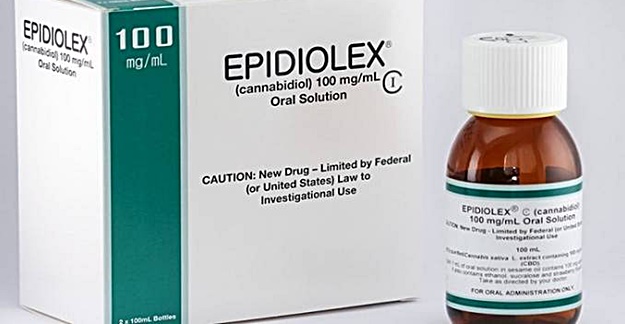 Note: The FDA approved Epidiolex on June 25, 2018, for the treatment of seizures associated with 2 rare types of epilepsy.

Using marijuana for therapeutic purposes got a huge boost last week after an FDA drug advisory committee unanimously recommended that Epidiolex, a cannabidiol oral solution (CBD), be approved for seizures associated with 2 types of severe epilepsy. The vote is significant in that it is the first time an advisory committee gave the thumbs-up to a plant-based CBD drug product.

Regular MedShadow visitors are aware of the long-standing tug of war over medical marijuana between those who see cannabis as a natural plant with an array of healing properties, and the DEA (Drug Enforcement Agency), which lists cannabis as a Schedule I drug, meaning it has no currently accepted medical use.

While 30 states (and counting) have OK’d the use of medical marijuana, and a number of others allow recreational use of cannabis, use of the plant for therapeutic reasons is still not all that widespread. That may be changing.

Epidiolex eliminates one of the barriers that may lead to greater use – and acceptance – of marijuana. The drug contains CBD, not THC, the other part of the marijuana plant that gives people the “high.” With Epidiolex, a patient gets the therapeutic benefit afforded by CBD, without the side effect of feeling stoned, or inhaling smoke, which itself has unhealthy elements.

Since the FDA usually follows the lead of its advisory committees, Epidiolex will likely win approval in a matter of months. What will this mean for patients?

Well, it depends on a number of factors. The most important ones likely are cost and insurance reimbursement. For those without health insurance or those with an insurer that won’t cover Epidiolex, the drug will likely be prohibitively expensive. (It is unclear what the retail cost will be.)

If patients in those situations are lucky enough to live in a state with medical marijuana laws on the books, they can seek relief at a local cannabis dispensary.

But what about those who don’t live in a state where medical marijuana is legal? If they don’t have insurance or their carrier won’t cover Epidiolex, they can try to obtain cannabis, an illegal action that may lead to a fine or jail time.

In those cases, federal, state and local authorities should use their judgment – and lay off those people.

Overall, the approval of Epidiolex is something to look forward to. Obtaining the drug, however, may come at a high price. That’s why marijuana should be available – medically or recreationally – in all 50 states. Sen. Charles Schumer, D-NY, has just proposed to decriminalize marijuana.

Let’s hope both houses of Congress make the right move and pass the legislation, sooner rather than later.

Side Effects of Anti-epileptic Drugs: What You Should Know

Is Weed Medicine? Here’s Where We Are With the Evidence for Medicinal Cannabis in 2022