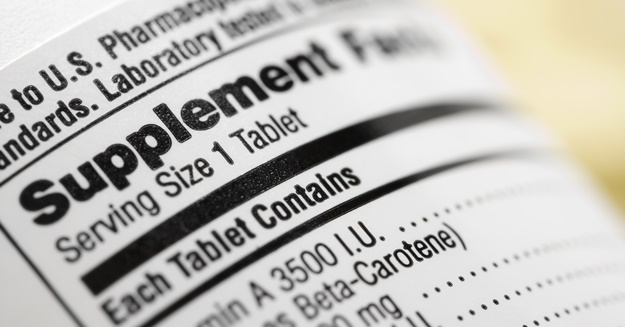 2019 is now upon us, and it’s time to make New Year’s resolutions. I would like to propose a long overdue resolution for the new session of Congress to take up that will have a direct impact on the health of millions of Americans: Develop and pass legislation that will finally regulate supplements the same way drugs are regulated.

In case you are unaware, the FDA is largely powerless to prevent supplements from making it to the market without any kind of testing to show they are safe or effective. That’s due to the Dietary Supplement Health and Education Act (DSHEA) of 1994, introduced by Sens. Orrin Hatch (R-Utah) and Tom Harkin (D-Iowa), which classified supplements as food rather than as a type of medicine. By doing so, Hatch and Harkin essentially gave supplement manufacturers free rein to put products on the market making health claims that don’t have to be demonstrated. That’s why on every supplement package, you’ll see this disclaimer message: “These statements have not been evaluated by the Food and Drug Administration. This product is not intended to diagnose, treat, cure or prevent any disease.”

In essence, the legislation was a gift to the supplement industry, and has allowed it to grow into an industry that had around $41 billion in sales in 2016.

You should also know that Hatch and Harkin have received hundreds of thousands of dollars in political contributions from the nutritional and dietary supplements industry over their decades in Congress, according to the Center for Responsive Politics’ OpenSecrets.org website. Harkin left office in January 2015 and Hatch just retired days ago.

The primary issue with the DSHEA is that the FDA can’t analyze a supplement before it hits the market. The agency can’t take action on a supplement until after a harm has been reported. In other words, supplements make it onto store shelves – without any requirement for testing – with the assumption they are safe until proven otherwise. This is wrong and, not surprisingly, had led to problems with a lot of supplements.

The primary issue with the DSHEA is that the FDA can’t analyze a supplement before it hits the market. The agency can’t take action on a supplement until after a harm has been reported.

In one case, OxyElite Pro, a supplement that was marketed for weight loss and bodybuilding, was pulled from the market in 2013 after authorities received reports connecting it to severe liver failure, including several instances of death. Its manufacturer tweaked the formulation and put it back on the market, only for the FDA to issue another warning in 2015, this time saying it contained the antidepressant fluoxetine (Prozac) in it.

And if you think that supplements are harmless because they are “herbal” or “natural,” you are mistaken. A 2015 study from the FDA and CDC (Centers for Disease Control and Prevention), published in the New England Journal of Medicine, found that adverse events related to dietary supplements lead to more than 20,000 ER visits every year, particularly those marketed for weight loss and boosting energy.

Another issue with the DSHEA is that it can allow supplement makers to make bogus claims about their products to consumers, bilking them out of money. The Federal Trade Commission (FTC) says that over the last decade, it has filed 120 cases against supplements manufacturers making unsubstantiated health claims. In 2018, the FTC issued refund checks totaling more than $1.5 million to consumers who were fleeced buying supplements falsely claiming to treat conditions such as Alzheimer’s, arthritis, memory loss and weight loss.

Yet another problem is that many people with real health issues choose unproven, untested supplements and herbal remedies rather than proven and tested medicines. It can potentially delay needed care, worsening an existing health condition.

In the nearly 25 years since the DSHEA became law, the dangers of unregulated supplements have become clear. In the interests of public health and safety, it is time for Congress to give the FDA the power to treat supplements in much the same way it treats drugs.

Which Vitamins and Minerals Are Worth Taking?

Just another way to bring America to it’s knees. This is purely political and a farce.