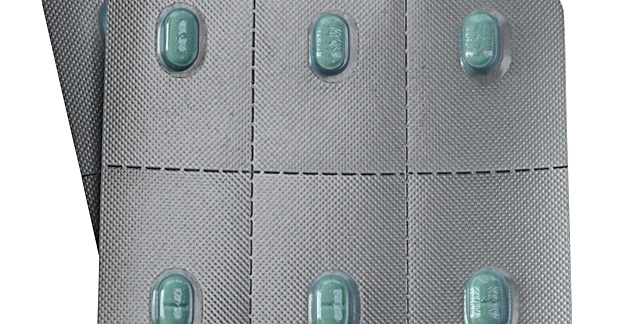 A sports injury from playing squash in high school lead to a herniated disc for Bob Johnson (name changed to protect his privacy), who was initially given codeine for his pain, and then bumped up to hydrocodone, which is more powerful and used to treat severe pain.

He stopped taking the drugs once he began recovering. All was well until he left for college in Philadelphia and started playing on the squash team — and his back began hurting again. He found it was easy to get access to drugs and began buying OxyContin (oxycodone) from a dealer.

“I had a lapse of judgment,” he admitted. “The OxyContin was really expensive, and one time the dealer gave me a small bag of heroin, and that’s how I got started. It was cheaper, so I started using it twice a week, then it very quickly became every day.”

He got kicked off the squash team, and continued to use heroin on and off for a year, before switching to fentanyl. He began supplementing with Imodium (loperamide), an anti-diarrhea drug, to cope with withdrawal symptoms when he could not get heroin or fentanyl.

How Addicts Substitute Anti-Diarrhea Drug as an Opioid

Imodium is a widely available, over-the-counter medicine to treat diarrhea, and is meant to be taken as a 4 mg dose the first time (2 capsules), and thereafter in 2 mg doses (1 capsule), for teens and adults, and at half those levels for children under 12 years. To get a high or to cope with withdrawal symptoms, it needs to be taken in very large amounts, in the range of 50 to 100 2 mg capsules.

Imodium is a actually an opioid and is 40 to 50 times more potent than morphine in the gut, according to the May edition of QuarterWatch report from the Institute for Safe Medication Practices. But since absorption from the gut is poor, very little of the drug permeates the blood-brain barrier at normal doses, which is why it takes large amounts to induce a high.

At such large levels, can possibly cause life-threatening or fatal cardiac events and seizures, and as more people with substance abuse issues have figured out they can use it as a stopgap, more adverse events have appeared on the radar of medical providers, alerting them to this fairly new trend for drug abuse.

In Johnson’s case, he began using loperamide after discovering its effects accidentally. About to leave on a long flight, he picked up a packet of Imodium from a pharmacy in the airport so he wouldn’t have to keep going to the restroom on the plane. He was also experiencing withdrawal, and when he took a lot of the anti-diarrhea pills, he found it helped with withdrawal symptoms.

“I did experience heart palpitations, but I continued using large doses while I was withdrawing, not so much to get high on it,” he said.

“Many drug users are very smart,” said Carla Marienfeld, MD, an addiction psychiatrist with the University of California, San Diego School of Medicine. “People figured out that if they took loperamide in high amounts, or in combination with medicines that alter the stomach’s [acidity], it can be absorbed more systemically across the barriers and act on opioid receptors.”

The adverse effects from loperamide depend on how much someone takes, and what other drugs they are on, Marienfeld noted. If it’s combined with tuberculosis or cardiac medications, it can trigger arrhythmia (irregular heartbeat) or worsen the risk of arrhythmias.

Certain psychiatric medications, when combined with it, can also prolong the interval in the heart’s electric cycle of waves. If the intervals get longer, it can cause tachycardia (when your heart rate exceeds the normal resting rate), which, if left untreated, can lead to heart failure, stroke or cardiac arrest, so such patients will need periodic electrocardiograms to measure it.

“Some people are biologically predisposed; they have a congenital predisposition to certain types of arrhythmias that can be worsened with loperamide abuse,” she said. “If people are taking it to get high, oftentimes they’re combining it with other drugs to get better gut absorption. These medications can also increase the cardiac risk.”

On the lower end of side effects, loperamide can cause palpitations, as it did in Johnson’s case. It can also cause all the typical effects of an opioid, such as constipation, sweating, euphoria, dizziness, nausea, vomiting and lower blood pressure.

“When people are trying prevent withdrawal, which is a miserable feeling, they get severe diarrhea, muscle and joint pain, nausea, they vomit, they have hot and cold flashes,” Marienfeld explained. “So they’ll take whatever is available to prevent this very miserable state, including loperamide.”

Adverse effects from loperamide overdoses have been reported to the FDA’s Adverse Event Reporting System (FAERS) database over the 39 years that it has been available to the public. But it didn’t trigger a red flag until recently because only 48 cases of serious or fatal events were reported over that time, a small number compared to the many thousands of fatal events that the FAERS logs each quarter, the ISMP report observed.

Poison control centers reported that overdoses doubled between 2009 and 2015. By 2014, there were reports in medical literature about near-fatal incidents from overdoses.

In 2016, the FDA realized there was an emerging problem with loperamide abuse leading to fatal events, and issued a warning. It followed it up with an updated warning this year, reporting that it was working with drug manufacturers to develop abuse-resistant packaging that contains fewer doses.

In May, FDA Commissioner Scott Gottlieb wrote a blog post about the increasing abuse of loperamide, and how he is working with manufacturers to transition to blister packaging, to post warnings about risks on their website and packaging, and to reduce the number of pills available in one package. Loperamide is approved to be sold in packages containing 8 to 200 tablets, which are often sold in multipacks of 1,000 pills at a time, representing more than 3 years’ supply of pills.

However, exactly how many overdoses happen is still not known, since reporting is voluntary and there is no effective system in place to assess potential harm, which the ISMP’s report notes. Whether this is a rare but novel form of abuse or a substantial safety issue cannot be determined because of limitations with the entire post-market surveillance system, ISMP said in its report. Better and more comprehensive systems are needed to assess emerging drug risks, estimate incidence and support methods to reduce them.

Fatal events can occur if there is a big change in the dosage and frequency, and seizures can happen if a patient stops taking it abruptly.

Should Loperamide Be Behind the Counter?

“I don’t know if that is warranted, but having some data will help decide if it’s worth considering moving it behind the counter,” Marienfeld said. “I don’t think we have enough data to decide if we need a large public health intervention.”

However, she added, “A better public health intervention would be to limit how many pills of it could be sold, such as 16 pills, as opposed to allowing 200 of them to be sold. That makes more sense.”

Thanks junkies for ruining another drug for people that ACTUALLY need it on a daily basis for legitimate medical reasons. And also a big thank you to the government for trying to save a minuscule percentage of the population at the expense of the rest of us. And a special thanks to all of the politicians that have joined in the “fight” against “the opioid crisis” to further your careers and ambitions, again at the expense of 99% of the population. The vast majority of junkies made the conscious decision to put a needle in their arm, smoke in their lungs, or powder up their nose. NOBODY asked for Crohn’s, IBS, Ulcerative Colitis or any of the many other diseases that give you chronic diarrhea.

Many people (like me) suffer from certain emotional issues that are chronic and lifelong, sometimes beginning in childhood. These include pervasive apprehension, fear, sadness, feelings of inadequacy, self-doubt, depression, all that sort of thing. It’s bad enough when they occur alone….it’s far worse when they happen simultaneously, 24/7. We’ve already tried numerous SSRIs, therapists, mindfulness, positive thinking, CBT, meditation, yoga, healthful diets, exercise, keeping busy, group talk, prayer, hypnosis, toughing it out, etc. When absolutely none of these works, that’s when we try opioids, anti-diarrheal meds, Benadryl, weed, alcohol….even though the withdrawal makes us feel as if we are being raked over the coals of Hell. The simple truth is that we don’t know what else to do.

I have crohn’s disease and immodium is used for a flare up or acid reflux, so needed a prescription from my primary doctor sounds ridiculous, what next are the junkies gonna take from us need.

Interesting, at first I thought there was a new run on Imodium, but now I know I have junkies, big government & the so called well-meaning politicians to thank for why I just paid the same amount for a 24 count box vs a 100 count bottle. Plus since the the box is filled with individually wrapped pills, I get to struggle opening each one with my arthritic hands. As Bob said & Jane can stuff it up her bum, thanks to the 1% of loser druggies for once again ruining everything for the rest of who actually show up, who go to work in spite of aches, pains & yes occasional diarrhea! I guess this is the new normal, can’t wait to see what happens next!

Bob Swan you are a very ignorant and judgmental with things you probably have no clue about since you seem pretty clueless from your statement. I’m sure you are a great MAGA supporter. good thing your ilk’s time is coming to an end.