Suicide and Mental Illness: The Forgotten Health Crises in America 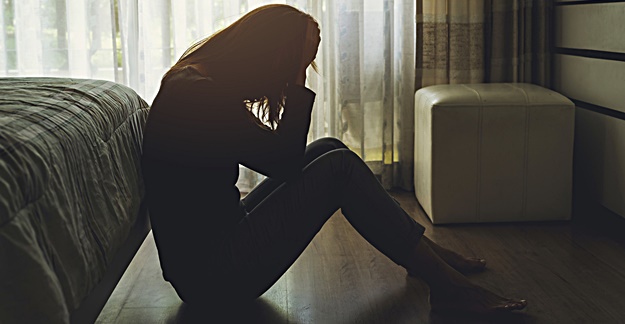 But you may have missed a CDC (Centers for Disease Control and Prevention) report that came out last Thursday that found suicide rates have skyrocketed in the US between 1999 and 2016. Twenty-five states saw suicide rates increase by at least 30%. Montana had the highest rate. Suicide rates rose in every state except 1: Nevada.

Just how serious a problem is suicide? According to the CDC, in 2016, about 45,000 Americans 10 years old and older died by suicide. Taking one’s life is the 10th leading cause of death and is 1 of only 3 leading causes that are on the rise, the CDC says.

These figures are a major wake-up call that we need a multi-faceted approach to not only stem – and hopefully reduce – the rising rates of suicide. It is also an indication that the way mental illness is considered, approached, treated and funded in this country is not right.

The drastic rise in suicide rates is all the more shocking considering that since the early 1990s, access to mental health care has – on the surface — actually increased. The Mental Health Parity and Addiction Equity Act (MHPA), signed into law in September 1996, requires that annual or lifetime dollar limits or benefits on an individual’s health insurance not be lower than limits for medical care.

And in 2014, the major provisions of the Patient Protection and Affordable Care Act (PPACA), also known as Obamacare, that went into effect included mental health care as an essential health benefit that all insurance plans on health insurance exchanges must cover.

Despite MHPA and PPACA, we have a mental health crisis in our midst. Why? It’s hard to say, and it is likely a combination of many things.

Can Antidepressants Make the Problem Worse?

One thing is for sure: An increasing number of Americans are depressed – or at least unhappy. Many of them are turning to their doctors and they are receiving prescriptions for antidepressants. And those drugs could actually be doing more harm than good.

A CDC report that came out in August of last year found that between 1999 and 2014, the number of Americans that had taken an antidepressant rose by 65%. That’s not a typo. In 2014, about 1 in 8 Americans over the age of 12 said that they had recently used an antidepressant.

Why is the relatively high use of antidepressants a concern? While antidepressants may well help a lot of people, there’s a mountain of evidence indicating antidepressants are no better than a placebo. They also come with a “black box” warning – the most serious the FDA can require for a drug – stating that they may increase suicidal thoughts or actions.

Another study, published in 2016, found that when given an antidepressant, people with no prior history of mental illness were twice as likely to become suicidal and violent.

Other drugs are also known to have suicidal thoughts as a potential side effect. Bourdain, for example, was said to be taking the smoking cessation drug Chantix (varenicline), according to news reports. The prescribing information for Chantix notes that “serious neuropsychiatric adverse events” have been reported in people taking the drug, including suicidality. Chantix used to have a “black box” warning regarding suicidality, but following an intense lobbying campaign from the med’s manufacturer, Pfizer, the FDA agreed to drop that boxed warning from Chantix’s labeling in December 2016.

We don’t know exactly how much impact antidepressant use has had on the increase in suicide rates (If any mental health researchers are reading this, it would be a good idea to investigate this, if you aren’t doing so already), but the evidence seems to point it could have a significant effect.

We also don’t know exactly what drives people to suicide. It’s likely a combination of factors. But there are roles both governments and society can play in helping to turn the tide of rising suicides.

Our federal government — as well as state ones — have a role to play by adequately funding mental health programs, especially for the poor and elderly. Yet, they have largely failed. Under the Trump administration, the situation is getting even more grim. Trump’s proposed fiscal 2019 budget calls for massive cuts to Medicaid and Medicare. It also reduces funding for the Substance Abuse and Mental Health Services Administration’s (SAMHSA) Mental Health and Substance Abuse Treatment Programs of Regional and National Significance by about $600 million, according to the non-profit group Mental Health America.

Inadequate investing of mental health can have severe consequences. “Failure to invest in mental health as a matter of urgency will have health, social and economic costs on a scale that we have rarely seen before,” a World Health Organization (WHO) report on mental health released this year stated.

The WHO report also found that spending on mental health makes economic sense. The organization projects that every $1 invested in mental health treatment leads to a return of $4 in improved health and the ability to work.

Having a mental illness carries a lot of stigma in our society. Many people that could be helped with mental health treatment often don’t get it because they think it will reflect badly on them by their friends, family or co-workers.

This mentality held by far too many among us needs to end and we can help doing so by treating mental illness exactly the same as someone who has a medical condition, such as diabetes or cancer. There is absolutely no shame in having a mental illness.

We need to talk openly about mental illness much more than we do now. We also need to raise awareness that if someone is depressed, is suffering from bipolar disorder, schizophrenia or any other mental illness, there is help available and they shouldn’t feel afraid to seek it.

Together, we can help stop the rise in suicides. Speak up and advocate for greater mental health awareness and funding. It may just save someone’s life.

The Right Way to Get Off Antidepressants