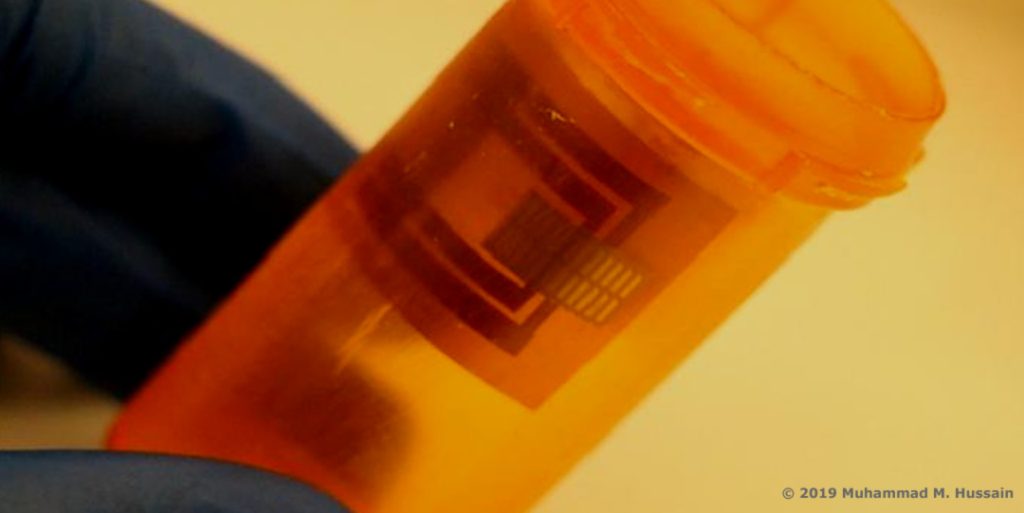 Prescription drug abuse is a massive issue in our country, with an estimated 18 million people misusing these medications, according to 2017 research from the National Institute on Drug Abuse.

Could a so-called “smart” pill bottle make a dent in that harrowing statistic?

Scientists at King Abdullah University of Science and Technology in Saudi Arabia hope so. There, researchers are creating a sophisticated yet affordable-to-produce pill bottle that can recognize when someone is tampering with or overdosing on a drug. When it senses such misuse, the smart pill bottle will send wireless alerts. The smart pill bottle can also detect unsafe storage conditions.

Per a recent press release on Eurekalert, the researchers are in the process of designing more accessible sensors with affordable materials like tiny silver particles wedged between copper tape. This setup transmits an electrical connection when tampered with, and then emits an alert via Bluetooth connection.

“Similar devices have been used in flat panel displays,” says Sherjeel Khan, a doctoral student working on the project, in the same media statement. “But we’ve made them simple to build and easy to use by almost anyone.”

The pill bottles are manufactured using 3D printing with “light-emitting diodes to count the number of pills dispensed.” The bottle also features humidity and temperature sensors constructed from paper and a touch sensor made of conductive tape.

Currently, there’s no word on if the bottles will undergo public testing or a potential launch date.