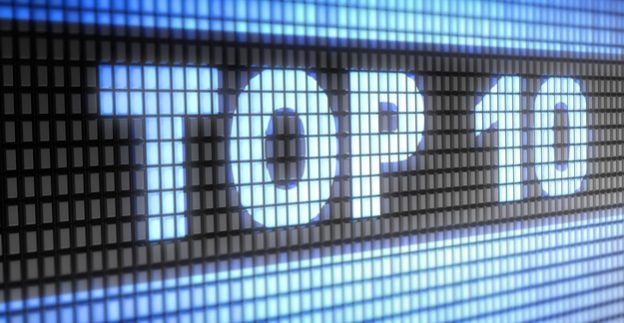 What were the most popular stories we published in 2018? Our Top 10 includes two stories on drugs that have become popular among opioid abusers, as well as articles dealing with drug interactions, a controversial class of antibiotics and a first-person story on an herbal supplement that has come under attack from the FDA, among others. Here are excerpts of the stories with the highest readership.

For many people who take gabapentin – a drug prescribed to treat seizures and pain caused by shingles – side effects such as sedation can be a challenge, as those who take it off-label for neuropathic pain told MedShadow in the past.

But an increasing number of opioid abusers crave that side effect, reporting a calm feeling when combining gabapentin – developed by Pfizer under the brand name Neurontin – with opioids, muscle relaxants and anxiety medications. Some also get a marijuana-like high and an enhanced euphoria. But when overused or abused, it can cause significant organ or brain damage. Read more →

2. Managing Eczema: Are New Treatments Like Eucrisa Worth It?

Eczema (atopic dermatitis) can feel like a moving target for people who live with it. They get control over one flare, only to have eczema redden and irritate another patch of skin. For some patients, changing their bathing and beauty habits along with a thick moisturizer and topical corticosteroid ointments are enough.

“Steroids are the mainstay of treating atopic dermatitis. They’ve been around for decades. They are generally inexpensive, and for the vast majority of patients, that’s how we start treatment,” explains dermatologist Amy Paller, MD, director of the Northwestern University Skin Disease Research Center in Chicago. American Academy of Dermatology (AAD) guidelines recommend using emollient moisturizers, lifestyle changes to avoid triggers, and corticosteroids at first. Read more →

A sports injury from playing squash in high school lead to a herniated disc for Bob Johnson (name changed to protect his privacy), who was initially given codeine for his pain, and then bumped up to hydrocodone, which is more powerful and used to treat severe pain.

He stopped taking the drugs once he began recovering. All was well until he left for college in Philadelphia and started playing on the squash team — and his back began hurting again. He found it was easy to get access to drugs and began buying OxyContin (oxycodone) from a dealer. Read more →

4. What is the Best Way to Treat Heat Rash?

Question: It’s summer and I’m going to be spending a lot of times outdoors. I’m susceptible to heat rash. What is the best treatment for it?

I remember anticipating summer vacation as a kid. We were always busy planning and participating in neighborhood sporting activities, biking, hiking, fishing and camping trips. The neighborhood moms always had a ready supply of Band-Aids, Bactine and antiseptic cream to take care of those expected and inevitable scratches, scrapes, cuts and insect bites along the way. Read more →

5. 4 Drugs That Interact with Anxiety Meds

If you suffer from anxiety, panic disorder or insomnia, your doctor may have prescribed you a tranquilizer belonging to a class of drugs known as benzodiazepines.

Drugs such as Xanax (alprazolam), Valium (diazepam), Ativan (lorazepam), and Klonopin (clonazepam) are some of the most-prescribed medicines – more than 133.4 million such prescriptions were filled in the US in 2014. As with any medication, drug interactions can occur if you take a benzo with another medication, and in certain cases, may be life-threatening. Read more →

6. Why Aren’t Seniors Getting the Shingles Vaccine?

Nearly 12 years after the FDA approved Zostavax, the first vaccine to prevent shingles in adults 60 and older, the vast majority of seniors still haven’t received it. Only 30.6% of adults age 60 and older reported getting the shingles vaccine, according to the latest CDC (Centers for Disease Control and Prevention) assessment of vaccine coverage.

Since it became available, Zostavax has faced numerous barriers in terms of getting seniors vaccinated, the assessment found. In October, the FDA approved a new shingles vaccine, Shingrix, for people age 50 and older. Less than a week later, the CDC’s Advisory Committee on Immunization Practices (ACIP) recommended Shingrix as the CDC’s preferred shingles vaccine for adults age 50 plus due to Shingrix’s better efficacy and fewer side effects compared to Zostavax. Read more →

7. Floxed! The Painful, Life-Lasting Effects of Some Antibiotics

By Suzanne B. Robotti

Last week, we ran a news story on antibiotics causing “rare” damages to people. We had a very passionate response from more than 75 people who all claimed to be harmed by a particular type of antibiotics. More than 60,000 people have complained to the FDA about them. It begs the question, how unusual are these “rare” harms.

The side effects and adverse events associated with Cipro, Levaquin and other fluoroquinolones (FQs) can be significant and life altering. Yet many people who have been damaged by fluoroquinolones complain that there are too few warnings. Many claim that doctors don’t believe that their new illnesses have come from the FQs. Worse, sometimes FQs are prescribed when other, less risky — and just as effective — antibiotics are available. Read more →

8. The FDA Has It Wrong on Kratom: How the Herb is Helping People Like Me

Some may ask who are the consumers of kratom, an herb used to treat pain, depression and anxiety that has been the subject of controversy lately in the news. It’s complicated.

We can be anyone. We are your neighbor, the veteran in the supermarket, your college professor and even your best friend. There’s a lot of misconceptions about kratom, how it’s used to treat certain ailments and its potential for addiction. Read more →

A slew of drugs, both new and old, are used to treat autoimmune disorders like multiple sclerosis (MS), lupus and Crohn’s disease. Most of them come with side effects, some of them serious. But research and experience from patients and doctors are mounting that a drug used to treat substance abuse, when used in lower doses, can effectively treat autoimmune conditions with few side effects.

The drug is naltrexone, which was first approved in the 1980s to treat heroin addiction. In recent years, it has been prescribed more and more at a low dose for patients with autoimmune disorders. But is this off-label use (yet to be approved by the FDA) safe and effective? Read more →

If you visit the doctor from time to time for anything other than a routine checkup, it’s likely that at some point you’ve received a prescription for a type of drug called corticosteroids. These are among the most commonly prescribed medications in the US, and they are used in almost every medical specialty.

In a study published last year, researchers at the University of Michigan found that 1 in 5 American adults with commercial health insurance had been prescribed a corticosteroid at least once over a 3-year period. Read more →

Side Effects of Shingles Vaccine Are Common, but Short-Lived