Dietary Changes, Not Methotrexate, Kept My RA Under Control 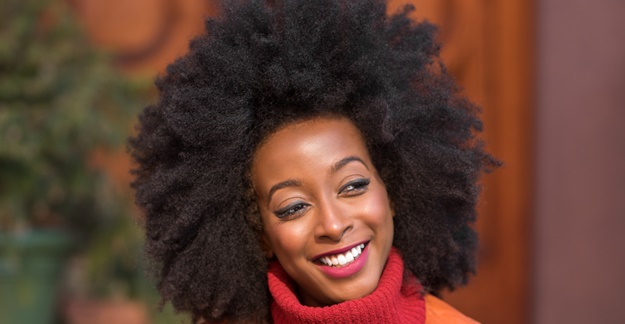 Angela started experiencing significant side effects after starting methotrexate for her rheumatoid arthritis. She found that a change in diet, rather than medication, was the best treatment.

On New Year’s Day 2015, I stood at a crosswalk on Magnificent Mile in downtown Chicago. The light signaled for pedestrians to cross. I had plenty of time — 30 seconds — to make it to the other side of the wide and busy thoroughfare. I stepped off the sidewalk curb into the crosswalk. Each step was heavy and excruciating. With every movement, the joints in my arms, legs and feet felt like they were being ground with a cheese grater. My face grimaced. My pace was slow, as if I was using a walker. But I wasn’t.

I looked up to see the flashing red hand and the countdown, 3… 2…1. There I was in the middle of the street. Thirty seconds had passed and I wasn’t even to the median. The traffic light turned green and my brain said to my body, “Run! Get out the way!” I tried with all my might for just a light jog to make it out of the traffic’s path, but I could not do it. The honks started and became increasingly more aggressive as I inched my way to the median.

The decline in my health was quick. I started experiencing symptoms in October 2014, and gave myself every excuse for why I started feeling sore: “Maybe my workout was too intense. Maybe these ballerina flats are making my feet hurt.”

Despite Methotrexate, I Felt Worse

On January 15, 2015, I got the official diagnosis: rheumatoid arthritis (RA), an autoimmune disease in which the immune system begins to attack the joints in the body, causing inflammation and pain. At its worst during the early onset, there were days I could not walk, couldn’t get out of bed or get myself dressed. It was painful to grab a doorknob, to clap or have someone hug me. Every day was unpredictable. The pain and discomfort stripped away my quality of life and robbed me of the mobility I once had. My doctor prescribed me methotrexate, one of the most commonly prescribed drugs for RA.

I did everything I was supposed to. I took my medicine as indicated and went in for my monthly blood work to check my liver functions, but I was not getting better. I was getting worse. Not only were my joints inflamed constantly, I started experiencing negative side effects from the medicine that included nausea, dizziness and feeling faint. In August 2015, my blood work showed that my liver functions had drastically decreased and I was advised by my doctor to stop the medication immediately. “So, what are we going to do?” I asked my doctor. She said, “We’ll put you back on the medicine in a few weeks and just lower the dosage a bit.”

I never went back. I was clearly having a negative reaction to the methotrexate and felt horrible. I determined there had to be a better way. I began to do more research online about rheumatoid arthritis and discovered that it may be possible to control the disease with lifestyle changes. I was recommended a homeopathic doctor who specializes in finding the root causes of autoimmune diseases. I went to her in November 2015, and she analyzed my blood work and my diet, and gave me a food allergy test.

Based on the results, she advised me to remove gluten, sugar, dairy, nightshade vegetables (such as white potatoes, eggplant, tomatoes and bell peppers) and legumes from my diet for at least 30 days to see if I saw any improvement in my mobility, pain levels and overall health. After just 30 days of following her advice, I saw an 80% improvement. I was able to work out again, wear high heels, clap and hug people freely with no pain.

Four years after my initial diagnosis, I continue to control my rheumatoid arthritis by maintaining the diet changes that were recommended to me. I also work out consistently to maintain my strength so that my joints are supported. I limit stress and make rest a priority. Today, I have seen a 95% improvement and go about my days free of pain and full of excitement for even more healing.

I am so grateful for organizations like MedShadow that help to educate people like me on medicine side effects and other healthy alternatives. I only wish I’d found MedShadow sooner in my journey.